As an automotive fanatic, I think that most can agree that there aren’t very ...

As an automotive fanatic, I think that most can agree that there aren’t very many situations where the vast majority of folks are on the same page. It seems like there are always factions of car fans who will root for one brand over another while failing to recognize the achievements of their rival brand. Things get even worse when hype starts to build up for cars like the 2020 Toyota Supra to the point where the release has to be absolutely perfect to make it hit those high marks and please the majority. However, It really seemed as if the reactions were as close to unanimous as possible, all pouring out with positivity when the likes of the McLaren Senna finally made its way into the public eye.

The car really posted some incredible performance figures, allowing enthusiasts to get their hands on something that is as close to a race car as can be had straight out of the box. In turn, the design was hard to argue with as well. Of course, this is something that is very much in the eye of the beholder but when looking at this car, it’s hard to not be taken aback for a minute and have the breath taken right out of one’s lungs.

When push comes to shove, though, what is this thing all about? Sure, any manufacturer can spin a bunch of numbers at a whiteboard and claim them to be true. They can even limit the production to make a car gain a lot of attention, however, there’s no making up stories when it hits a track in the hands of enthusiasts to really be put to the most rigorous test of them all. This time, we get not just that feel for the performance vicariously through the video but also are put in a situation where the car ends up getting pulled over by police. This is certainly one that isn’t to be missed out on!

Video Surfaces of Salomondrin's McLaren Senna Burning to the Ground 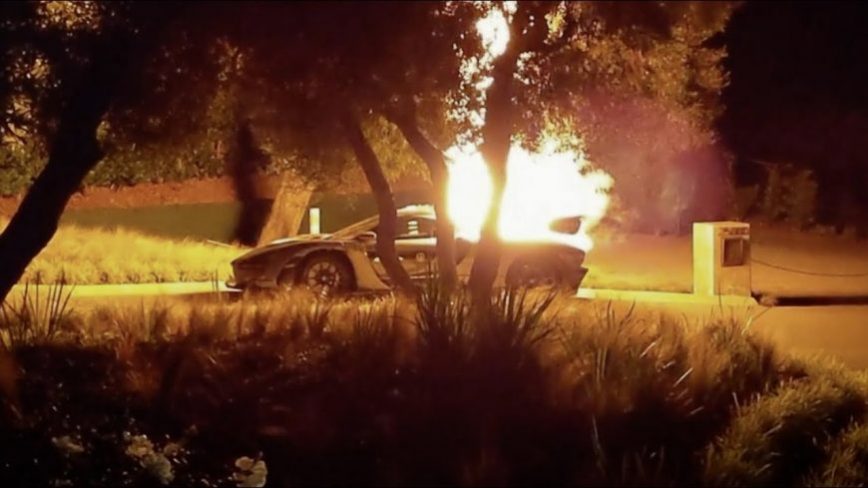