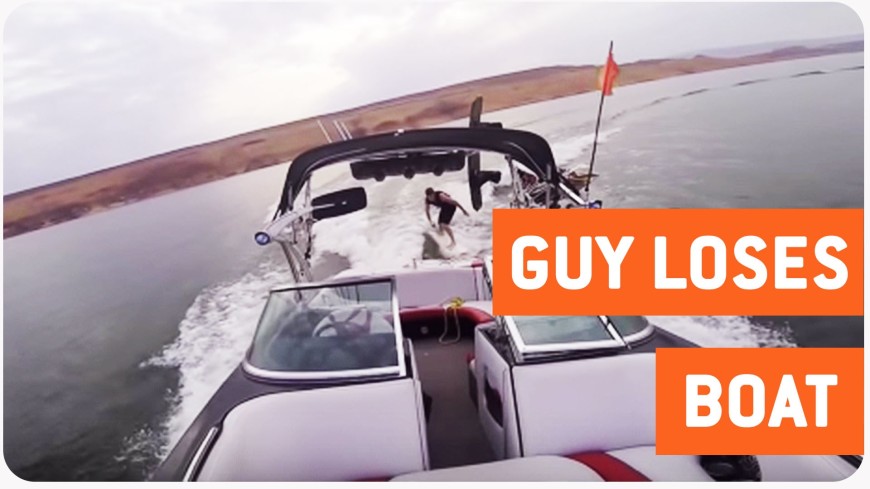 When it comes to what we see on the internet with videos like these, we have one of two situations in front of us. Either this guy is about to win an award for his lack of common sense or is a giant troll.

We’ve seen this trend known as “ghost riding the boat” go down successfully before. Basically what will happen is the operator of the boat will hop off and surf the wake of the boat and hopefully, hop back on.

This time, however, the guy attempting to carry out the stunt didn’t exactly have too much success as he took a plunge with seemingly nobody else on board to control the vessel!

Check out the video below and decide for yourself. Are we being tricked with somebody hiding off camera or was this guy really dull enough to hop off of his boat and let it go wild. The lack of crash footage has us wondering.

Below is an example of someone who didn’t fail at it!