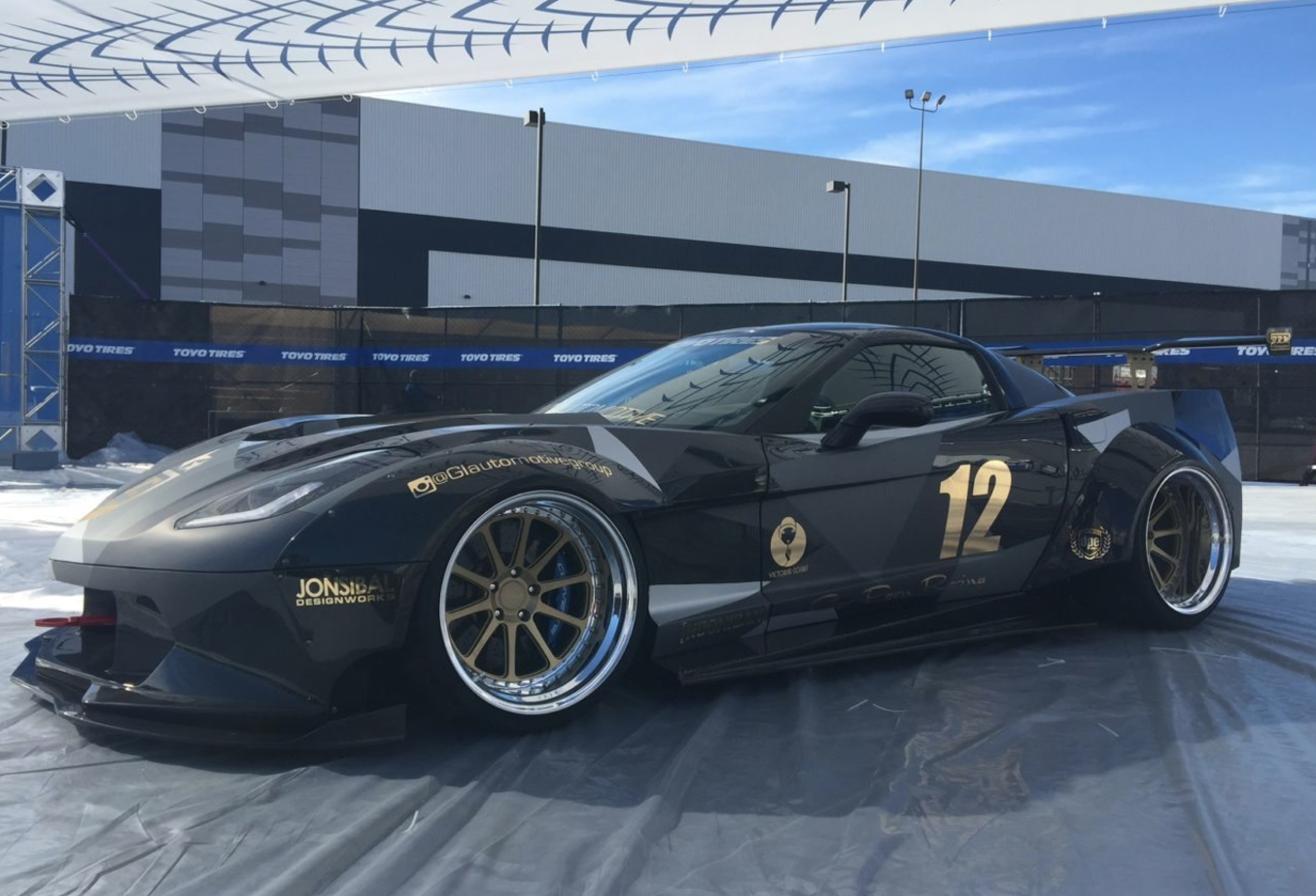 When the SEMA Show, the largest automotive trade show that there has ever been, comes around each and every year, everyone is on the top of their game, aiming to bring their best work to the table and show it off to millions in person and at home. Nothing short of perfection will be acceptable when it comes to this arena.

When everyone is on the top of their game and trying to bring their most creative and unique take to the table, you end up seeing some rather unique and mesmerizing builds. This time, we take a dive inside of the machine known as the “Black Manta,” from Gi Automotive that brings a unique twist to one of the more common performance cars roaming the streets today in the Chevrolet Corvette.

To many, the sixth generation of Corvette with the supercharged 6.2L ZR1 package is about as good as it gets but for this SEMA Show build, the 2013 ZR1 would just be the beginning for this illustrious construction that would have as many admiring it as it drew folks who would have confused looks at first because of the car’s appearance. We’ll get to that part in a second.

Everything from the suspension to the entertainment system were ditched in favor of new parts as most SEMA builds would have it. The car now sports everything from an AccuAir System that has gone in place of the factory leaf springs to Pfadt sway bars underneath to give the car a stiff and aggressive stance to help with handling. In addition, the entire interior had been overhauled and the exterior now shows off tons of carbon fiber widebody pieces in addition to C7 headlights molded into the c6 body. In short, this car is nothing short of a showpiece worth admiring that we’re sure kicks some ass on race day as well.

As with anything that you try to do different, we’re sure that some will battle the car’s appearance, but we have to say that the clear display of attention to detail and fit and finish appearance that this car offers up definitely brings it the Speed Society stamp of approval.

« Richard Rawlings’s Magic 8 Ball Gets Crushed By The Hydraulic Press!