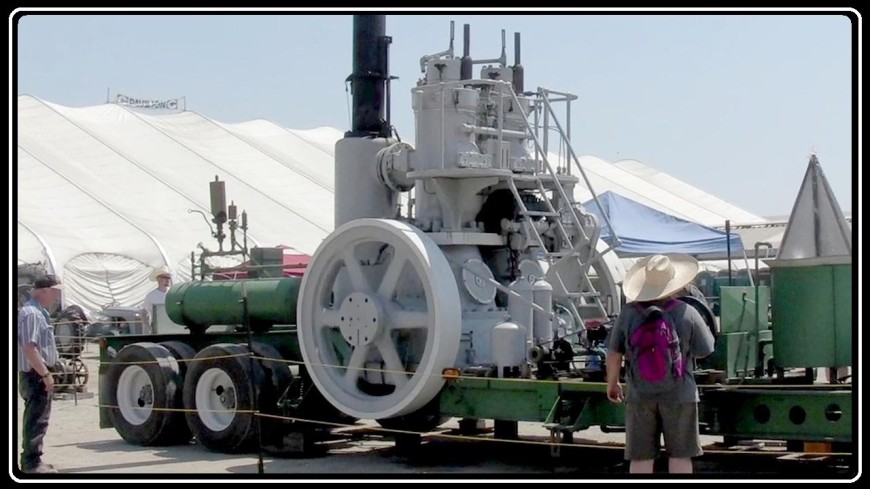 When it came to making big power back in the day, there really was no replacement for displacement and after checking out this 22-ton two-stroke diesel engine, we would venture to say that the displacement is plentiful!

While the massive engine, used to power a cotton gin, only makes 110hp, it’s important to note that the monster was used from 1924 to 1949 and that was a ton of juice back then!

Check out the monster below as it turns over and shows us how power was made in the past. As it isn’t under much of a load now, the engine isn’t too loud, but we’re told that when serving its purpose while hooked up to a gin, it could be heard for up to twelve miles!

Watch this antique diesel start up for the first time in over 30 years!