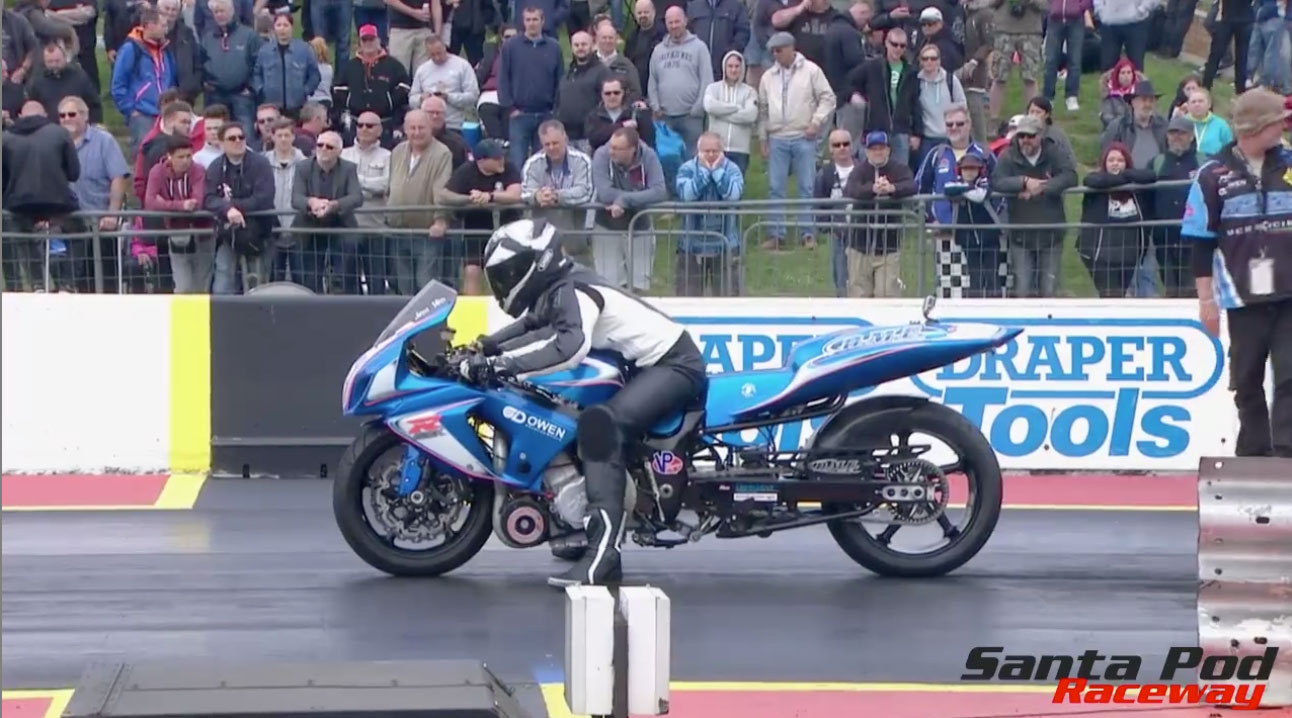 When you have a wild two-wheeled machine between your legs that’s ready to roll, you’d better be ready too or else, in the blink of an eye, you can be in a world of hurt.

When Jemma Venables was ready to get going at “Main Event” at Santa Pod Raceway, it would turn out that her bike would get a little bit light in the front end.

We watch as the motorcycle pops up and sends the rider flying off of the back as she comes down hard with her bike eluding her.

Afterwards, she did end up going home with some bumps, bruises, and a whole lot of soreness, but did mention that she was grateful for how quickly the safety crew was able to react. Sometimes, that can make all the difference in a situation like this.

We are pleased to give an update on Jemma Venables after her crash on Sunday. She is still sore and a little bruised but well besides that, we have had a lot of well wishers messaging and sending support.Jemma wished to add "How thankful I am to the Santa Pod crew and medics, they were so quick and professional, but especially Bob Day who was first to me and lay on the track with me while I was saying how embarrassed I was haha. Also Cathy Taylor who looked after mum and dad and kept them informed. Couldn't fault anyone."We look forward to seeing you back at Santa Pod soon 🙂

Posted by Official Santa Pod Raceway on Tuesday, May 31, 2016

TURBO DRAG BIKE DOES A HUGE BACKFLIP ON LAUNCH