Girl In a Mustang 5.0 Crashes Into Gas Station – Starting a String Of Arguing Women

Girl In a Mustang 5.0 Crashes Into Gas Station – Starting a String Of Arguing Women

Just when you thought that the memes surrounding Ford Mustang crashes were about to ...

Just when you thought that the memes surrounding Ford Mustang crashes were about to die down, another video pops up that will spark some controversy.

Somehow, the owner of this Mustang managed to lose control and spin into the front of a gas station, apparently coming close to hitting a few people before lodging it up on a poll next to the store.

Afterwards, we’re left to observe the crash scene, when all of a sudden, the driver and another woman explode with one yelling about almost running over her nephew and the driver claiming that the brakes went out on the car.

Check out the scene below as we’re left to observe the wreckage. Luckily, it sounds like someone said that nobody was caught to get injured in the crossfire of the out of control car. What do you think happened here? 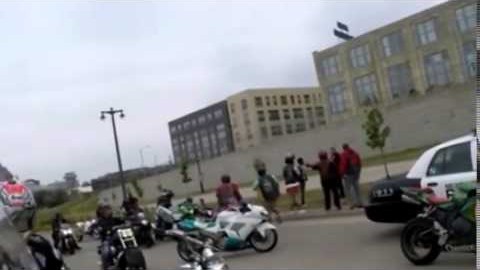