Girl Takes A Jet Ski To A Mountaintop Because Why Not? 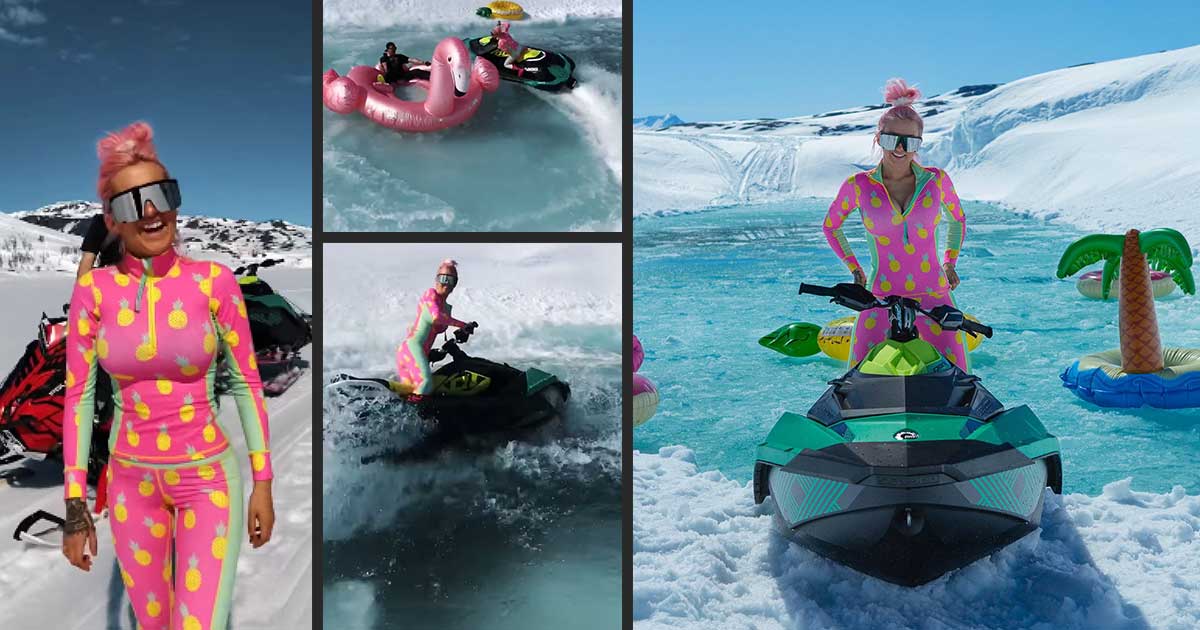 Maria Sandberg is best known as an Instagram Star. Maria was born on May 25, 1989, in Sweden. Maria Sandberg is 25 years old and lives in Northern Norway in a small place called Evenskjer. She’s been in the “game” since she was a little girl, but only been riding seriously for two years – by that, she means stepping up her game. She didn’t think she was going to be anything big, but it escalated beyond belief. She never thought she was going to get where she is today and it wasn’t her intention either.

After her first “stunt” she got her first sponsorship from Sledwraps – She felt so honored and amazed. This gave her the motivation to continue doing this and stepping up her game.

She is now seen here tearing up a mountain top, water hole that hasn’t been fully iced over on her Sea-Doo. Her response to the whole thing… “cuz why not”