You Shouldn’t have let her Behind the Wheel 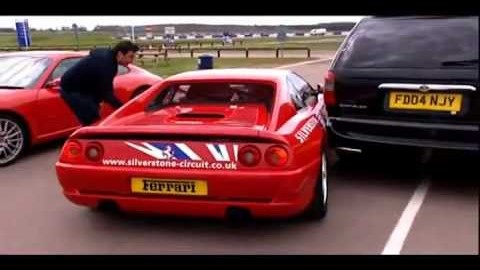 You Shouldn’t have let her Behind the Wheel

When Sarah Harding, a popular English pop singer got behind the wheel of a Ferrari 355 on “Fifth Gear,” a spinoff of the ever popular “Top Gear,” she doesn’t exactly do a good job of warming up to the car.

Instead of taking it easy at first, she goes a little bit too fast in the parking lot and crashes straight into one of the camera vans, that has to be an awkward situation.

Check out the tension in the video below as the incident goes down right in front of our eyes. This is one major fail and should serve as a less to anyone who is about to let another person get behind the wheel of their supercar.