Giving ALL THE BOOST to a Cummins Swapped Mustang 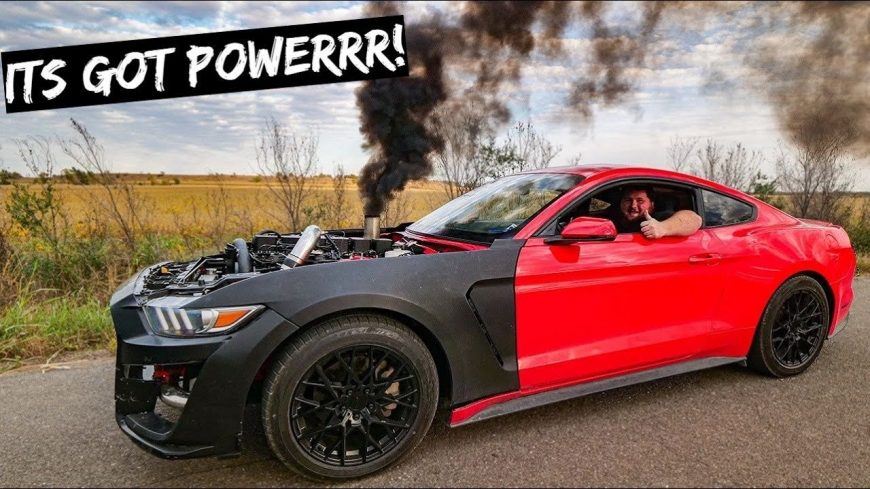 In the landscape of all of the automotive builds going down on YouTube, it can be difficult to really stand out. There are a lot of people doing the same thing over and over again. Don’t get us wrong, doing the tried and true is definitely a sure-fire way to be competitive if you’re looking to do something like race. However, if you slap an LS in Fox Body Mustang and want to stand out and get a viral amount of views, it’s probably not going to happen.

However, getting truly creative and putting together an unlikely combination is probably a good way to garner that viral attention. This time, that example comes at us from Westen Champlin as he has created one of the most viral concoctions imaginable. The car in question is pretty common in an S550 Ford Mustang. However, what’s not so common is what he decided to put under the hood of this car. Instead of a typical Coyote or maybe even an LS Swap, this build goes completely off the rails. Featured, instead, we find the likes of a Cummins diesel engine.

As one might imagine, there have been a couple of trials and tribulations involved with bringing together such a unique swap. At the end of the day, there isn’t exactly going to be a quick way to figure this one out. You can’t exactly google “Diesel swap in a Mustang” and expect to come up with valuable information. However, with a little bit of perseverance and consistency, the project has come to a pretty decent point where it runs and drives. However, getting it just right is another project in and of itself.

By following along with the video below, we get to see this screaming diesel-powered Mustang in action. In addition, we find a situation where maybe it’s time to turn it up a little bit and make things really get loud!