Giving Away a Car, the Only Catch is Contestant Has to Fix it in 2 Hours 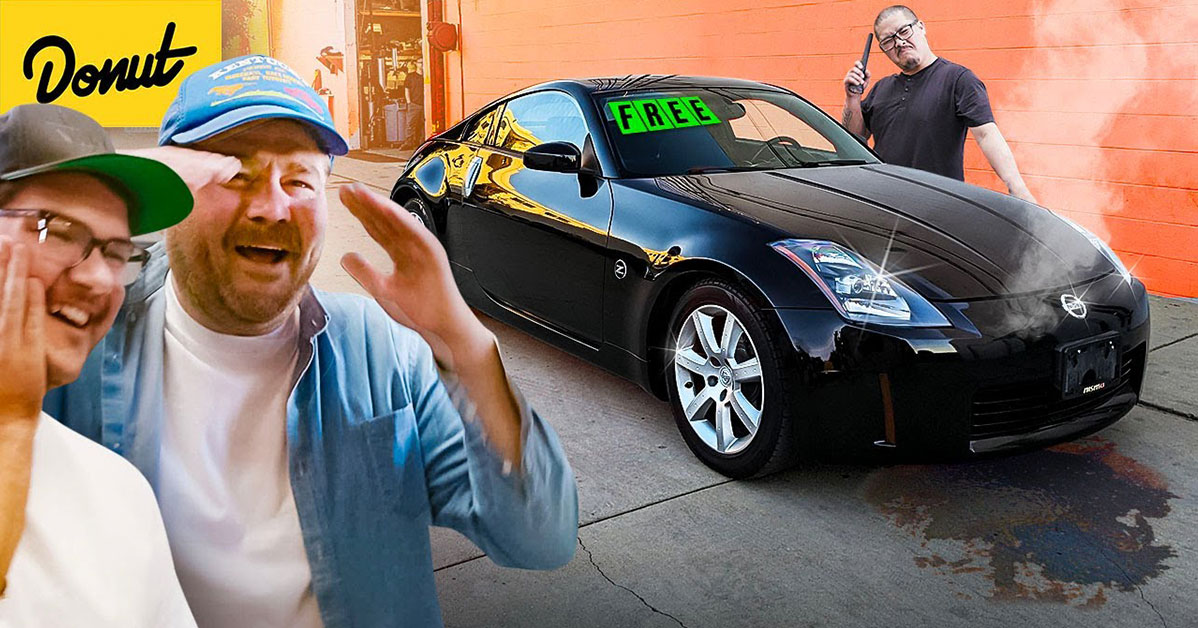 It’s not every day that you get access to a free car. I mean, if you buy merchandise from Speed Society, there is actually a pretty good chance that you will end up winning our current giveaway machine which is a pretty awesome widebody Hellcat Charger but that’s beside the point.

Just in case you want to win, though, you can find out how to enter here.

The crew over at Donut Media also got pretty creative when it came to giving away a car. There was a slight catch that came with the process, though, as they didn’t want to just hand it off to some stranger but instead made a subscriber earn the vehicle as a sort of a contest prize.

So what exactly was the catch behind the process of giving this subscriber the keys to the Nissan 350z? Well, the crew at Donut decided that they wanted to sabotage the vehicle, first. The only way that the contestant would get the car for free is if they could fix the problems with it and get it to start up.

Normally, when somebody’s working on a vehicle, it’s not necessarily in front of a bunch of cameras and other people. When someone is trying to fix their own ride in their own garage, there’s no pressure as they can just take their time, diagnose slowly, and even use tools like YouTube to figure it out. In this case, though, not only is there an audience for the fixing of the unknown problems. There’s also a timer that forces the mechanic in question to try and come to a conclusion within two hours in order to earn the keys to this ride.

Down in the video below, we get treated to not only a video that has a game show vibe of sorts. We also get to learn a little bit about how to diagnose a car and the thought process that mechanic uses to get to the bottom of an issue.

« Before & After – How a Freshly Painted Farmboat Got its Wicked Patina