GM Temporarily Cuts Pay By 20 Percent to 69,000 Salaried Workers, Will Pay Them by Next Year 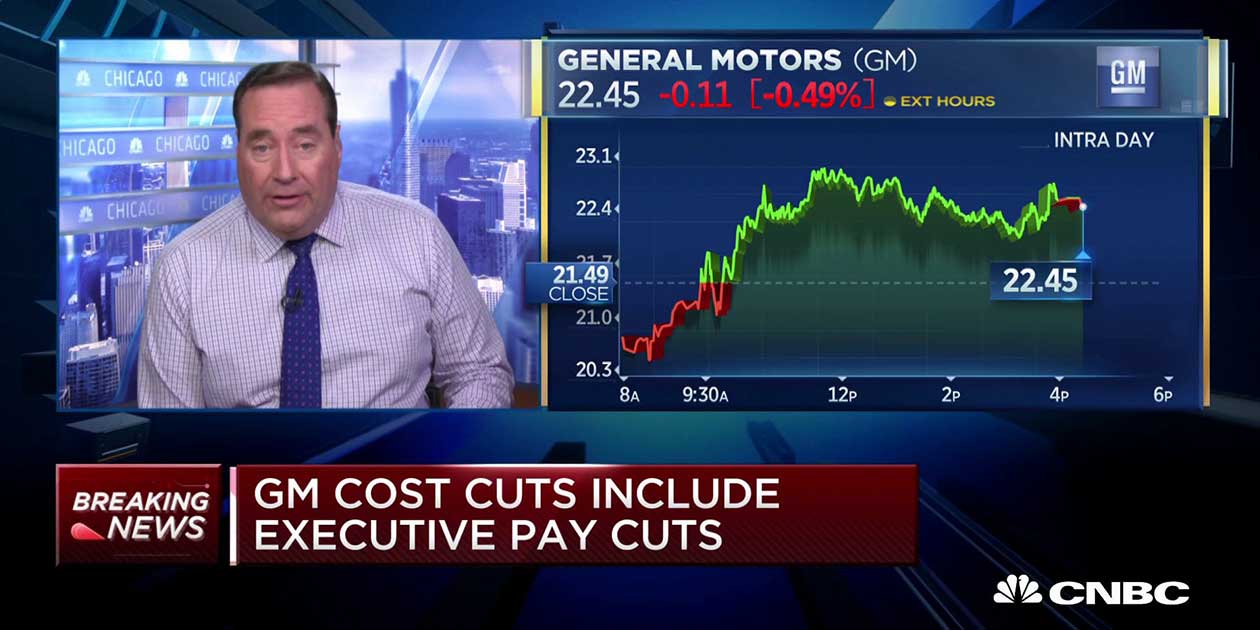 With each and every day that goes by here in America, the situation with COVID-19 evolves. It really seems like something that was almost impossible to prepare for. Regardless of preparedness, now is the time to react.

Unfortunately, the timeline isn’t slowing down if you’re not ready. The worldwide pandemic has its fingerprints all over just about every home in the world to some extent. Naturally, businesses are going to be affected as well.

Here in America, as of today, all businesses not deemed “essential” have been shut down. Included in the non-essential businesses, we find automotive manufacturers. In order to prevent the spread of the virus, their employees have been sent home.

While some aren’t making salary changes just yet, others have made moves. General Motors, for example, has cut the salaries of its employees temporarily. Their 69,000 salaried employees globally will temporarily have 20% of their salaries cut. The reduced pay will be repaid in a lump sum with interest. The payment is promised to come no later than March 15 2021.

CNBC continues that “6,500 U.S. employees who cannot work from home will go on paid leave, which the company is calling a “salaried downtime paid absence.”” This comes in addition to executives taking cuts of 5% or 10% to their cash compensation. This cut will exclude bonuses, stock options or other incentives. Finally, the GM board will take a 20% reduction in total compensation.

Ford is taking a different approach. The company’s top 300 executives are doing to defer between 20% and 50% of their salaries.

With these situations, some tough decisions are going to have to be made. A business can only last so long paying employees that aren’t working. We’re not exactly sure how long it would take a company like General Motors to go belly up when paying salaries while not producing any vehicles. However, it looks like the company is already taking some precautions.

Hopefully, this scary time comes to an end sooner than later. The impact is being felt on both the health front and the economic front. I think that I speak for most when I say that things going back to normal would be perfect just about now.