GMC Puts Joe Biden in Electric Hummer, He Immediately Does a Burnout 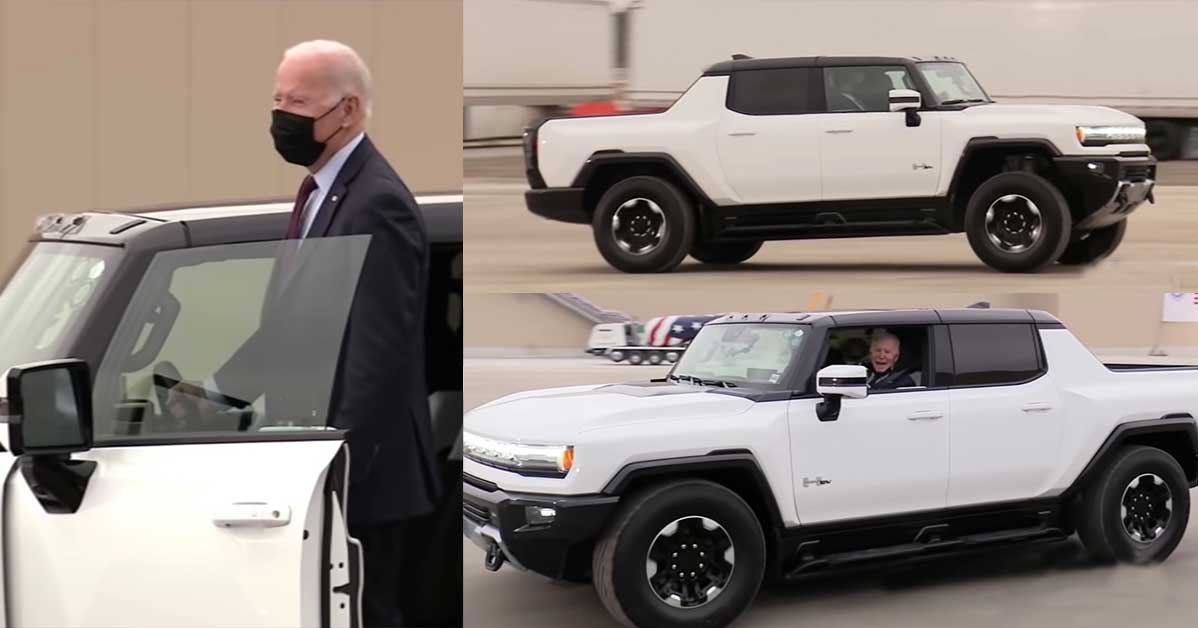 As pretty much every automotive manufacturer has committed to having some sort of electric vehicle presence, GMC presented one of the first exciting electric trucks of the bunch. With the reemergence of the Hummer, there was certainly some buzz about what exactly an electric Hummer would bring to the table and the stat sheet is quite impressive but we will get to that in a minute.

Anyways, with Hummer EV pickup production beginning in the fall of this year, customers might be able to get their trucks around the end of the year or early next year. However, one individual who got the keys to the truck a little bit earlier than most is current United States president, Joe Biden.

We aren’t exactly sure what we would expect Biden to do while behind the wheel. However, what we got certainly wasn’t something that would’ve been in our wheelhouse of guesses.

In the very short period of time that he was behind the wheel as shown in the clip below, Biden shows off some of the things that the Hummer can do. For starters, it appears as if he pinned the throttle at the first chance he got, giving the truck all of the sauce and immediately kicking the back tires off in a short burn out of sorts. During the short test drive, we can also see the truck’s four-wheel steering in full effect as well.

The 1,000 hp truck is slated to be a monster. The stats really speak for themselves as the pickup will hurl itself from 0 to 60 in 3.0 seconds. Let us rephrase. The GMC Hummer will be quicker to 60 mph than the latest Corvette ZR1. Keep an eye out for these things as they hit the streets because not only is the new electric pickup going to be incredibly functional but it’s going to be very fast as well.