There are some vehicles that really catch our eye and capture our hearts. Sometimes, ...

There are some vehicles that really catch our eye and capture our hearts. Sometimes, it’s because they seem to offer up the ultimate package. Other times, we can kind of garner a lust for what we can’t have. There are certain models that seem to offer up this “whole package” before they disappear and leave us lusting. It might be a little bit of wanting what we can’t have.

However, it would’ve been awesome to see just how something like the GMC Syclone would’ve evolved. The truck seemed to offer up something that it was far ahead of its time.

Ever since the year of 1991, we thought that the model was a goner aside from the few examples produced in 1992 before going defunct. While the Syclone still is popular among enthusiasts, GMC hasn’t uttered a peep of bringing it back. This is where Specialty Vehicle Engineering stepped in and decided that they’d take a crack at it. These are the same folks that bring us everything Yenko. We have to admit that a project from someone like SVE that’s aiming at a new Syclone has our blood pumping. So, what is this thing going to be all about?

Just like the original, the truck will feature a forced induction V6. Instead of being turbocharged, though, we’ll see a 455 hp 3.6L supercharged unit. The company hasn’t specified what’s going to happen with the engine, so we assume they’re just strapping a blower to the stock unit. Furthermore, the truck will be an incredibly limited run. Via SVE’s website, “Only 100 Limited Edition, outrageously fast, 2019 SYCLONE Sport Trucks will be built, based on the 2019 GMC Canyon 2WD and 4WD extended cab truck.” The package will also upgrade the brakes and suspension. SVE says that the truck will sit 2″ lower in the front and 5″ lower in the rear. This gives it a much more aggressive stance.

For those looking for the cherry on the sundae, some of the attention to detail really caps this thing off. SVE tells us that ” A Stainless Steel Cat-Back Dual Exit Exhaust System increases performance while providing a true sports car-like
sound. Additional performance upgrades include 20” x 9” front and rear 5 spoke alloy wheels w/SYCLONE graphics on one spoke, and Y-rated front and rear performance tires.” Throughout the truck, we can expect all sorts of other Syclone branding and subtle touches to really make it pop. 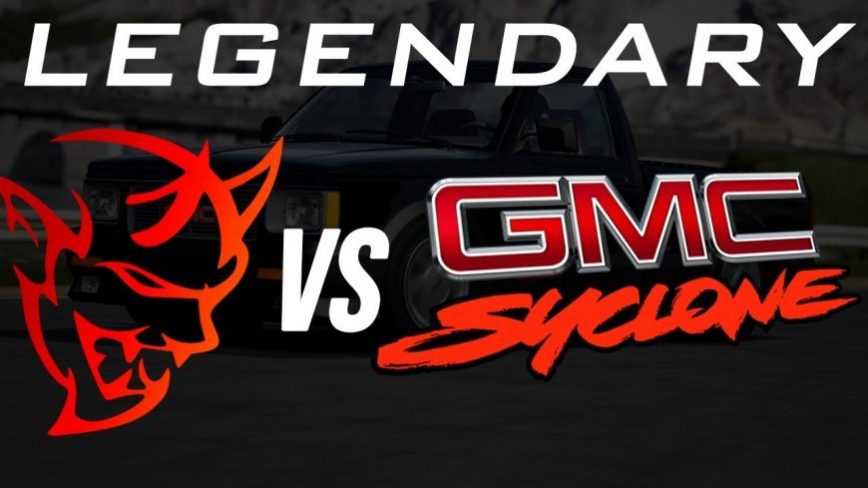