GMC’s New All-Electric Hummer Sold Out in Less Than 24 Hours (Sound Familiar Yet?)

GMC’s New All-Electric Hummer Sold Out in Less Than 24 Hours (Sound Familiar Yet?)

Another release, another hot ticket vehicle that sold out completely within the first ...

Another release, another hot ticket vehicle that sold out completely within the first day of it being available.

Just yesterday, the GMC’s electric Hummer, coming to dealerships in 2021, was unveiled and we learned all about what’s going to come from this big release. All of the stats are really enough to blow us away but we’re not here to talk about that. If you want to see how awesome the truck is, you can click here for a more complete rundown.

What we are here to talk about is just how quickly the truck sold and how this falls into a trend that appears to be catching on.

As the Edition 1 reservation slots have completely sold out in less than 24 hours, accounting for what we believe to be all models that will be available in 2021, we find yet another truck that falls into the category. It joins other offerings like the Ford Bronco and Tesla Cybertruck as day 1 sellouts.

It almost seems to us as if these brands are purposefully limiting their offering, following in the footsteps of popular streetwear brands like Supreme who makes a ridiculously low quantity of something that you could find in Walmart (with a Supreme logo, of course) and for some reason that evades basic knowledge, sells for an absorbadant amount of money. Essentially, the idea is to create exclusivity which will conjure up hype for the vehicle’s market. Human nature dictates that the fewer resources available, the more attractive they become. Essentially, the idea is that eventually, the hype will grow and the flood gates will be open so that eventually everybody can buy one, at which point they theoretically will be more likely to make the purchase… I digress.

How rare these vehicles will actually be is another question in and of itself. Unlike the Bronco, the Hummer didn’t exactly come with any sort of production number. In the case of the Bronco, 3500 units were sold on the first day and, after the website crashing and having all sorts of issues, Ford decided to put out another 3500 units on day two.

With that, we would probably say that it’s reasonable to think that the Hummer followed a similar model. However, it’s also reasonable to think that they sold less than 100. Without them telling us, they could really have done just about anything, including waiting for the orders to slow down before cutting off the stream and saying they’re all sold out. There’s really no way to reasonably be able to tell.

In any case, it does appear as if the hype for the upcoming model is pretty high end with the offering that’s outperforming the likes of a Corvette ZR1 in at least one category, the 0-60. We can’t say that we blame people who are getting excited here. The age is upon us where electric vehicles are going to start duking it out and the Hummer makes a pretty good case of earning your money. 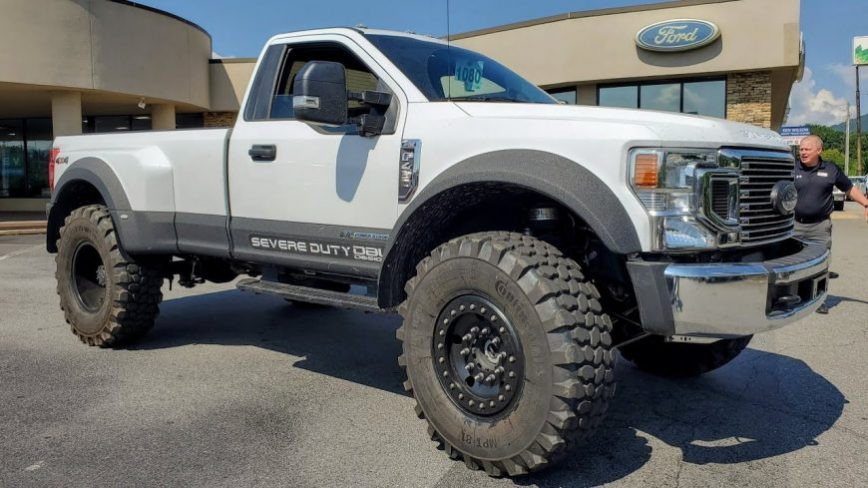