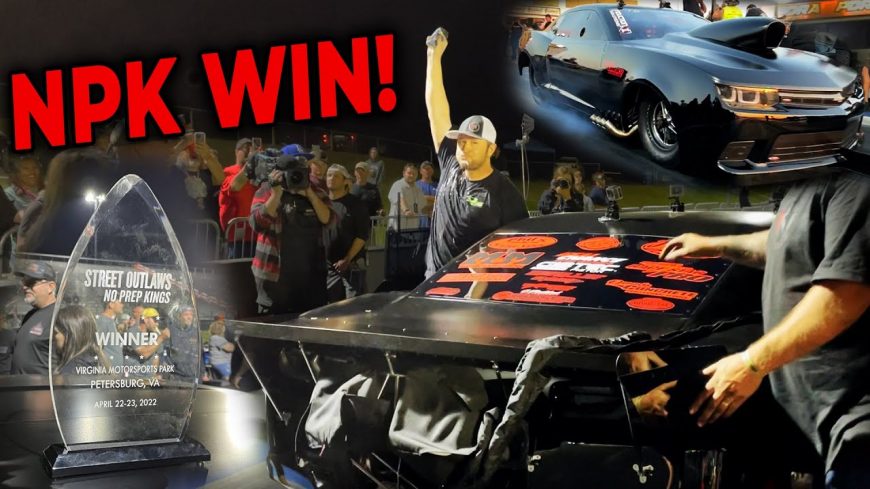 When it comes to No Prep Kings, sure, we can watch what unfolds on television. However, with the way that things are today, seemingly everybody has their own YouTube channel which gives spectators another opportunity entirely.

Instead of just watching the cut of a show that is particularly crafted for television, fans can get a much deeper dive into what’s actually going on by finding competitors’ YouTube channels. In fact, a great number of the competitors on the No Prep Kings circuit have decided to bring along cameras to record all of the action and deliver more details to fans. Not only can we get these ride alongs during the event but we can also watch the preparation and the recap as teams reflect on what exactly happened during the course of a race.

This time, we get to ride along with Kye Kelley Racing as Kelley’s YouTube channel takes us to No Prep Kings at Virginia Motorsports Park.

The action was intense as the sun began to go down and the temperatures on the track began to drop. One thing that any racer will tell you is that a race track isn’t always a consistent surface. Instead, things like weather and sunlight can change the surface, making a car that worked incredibly well during the day not work so well when it starts to cool off. As this challenge arises, teams try to put their best foot forward to have the best possible combination on the track which can create quite an interesting set of circumstances. Mix in the fact that the surface hasn’t been prepped and it can really be a doozy.

Down in the video below, we check in with Kelley as he manages to overcome the competition and carry his operation all the way to victory. It’s not easy to stay consistent enough to win on no prep and it’s even harder with this tier of competition. However, Kelley had what it took to taste victory in Virginia!