Go Behind The Visor with the Lagana Brothers 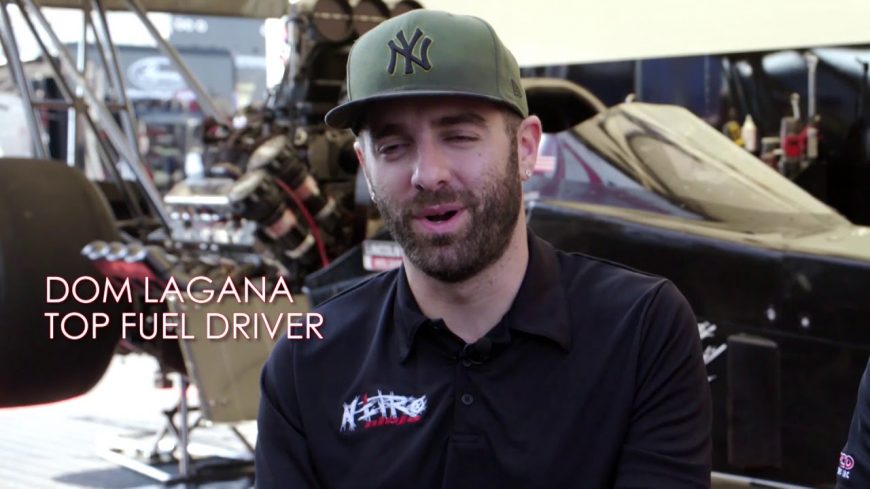 Throughout the course of the 2017 NHRA season, as we spent more time in the pro pits with our Team Speed Society drivers, we were constantly being introduced to people. First we got to know our drivers’ teams and crews, then began to branch out and meet many of the members of other crews and teams, building a bit of a networks of sorts that grew continually throughout the season. Early on in the year, we met a couple of guys who’s name immediately caught my attention: Dom and Bobby Lagana. Having been a fan of the sport since I was just kid, I had heard the Lagana name most of my life, generally attached to the brothers’ dad, Bobby Sr., a man known as a fierce competitor, but even more so as a friend to all in the pits who never left a competitor in need.

Within moments of meeting Bobby and Dominic, it became clear that trait of always helping others lives within the siblings, each of whom wear multiple hats at all times in the pits. Anytime a racer was facing monumental repairs between rounds, either of the brothers could be seen jumping in and out of the thrash, splitting duty between their teams and those in need of extra hands. That’s a huge part of the reason that even in the often-frigid pro pits, you’ll be hard pressed to find anybody with a negative opinion of the Laganas.

Like most of us, the siblings’ love of the sport caught fire early and their father fueled it, setting the boys up with a solid grasp of wrench slinging that has proved more than helpful in landing them careers amongst the group of people they’ve grown to know as their extended family.

Check out this video below, a “Behind the Visor” segment filmed by the NHRA to give fans a look at their passion for the sport, as well as a glimpse of their likable personalities. I hope we’re able to spend more time with the Lagana Brothers again when the 2018 season kicks of in Pomona in just over a month.