Now, we have most certainly heard of somebody causing an accident because of their ...

Now, we have most certainly heard of somebody causing an accident because of their lack of focus or skill while driving but this person who happened to cause an accident wasn’t even necessarily a part of the incident at all.

Now, I suppose that you could argue that it was the Subaru WRX owner’s lack of focus that ultimately caused this collision but it was because of a shiny gold Rolls Royce sitting nearby that the Subaru owner had an eye on which caused him to lose focus on the road and rearend the driver in front of him. Essentially, the car managed to cause a wreck without even moving!

The people onboard of the expensive luxury cruiser were just as surprised as the rest of the bystanders when they heard the collision on the road. We would think that this could be a major selling point for the guy with the Rolls Royce. I can see the for sale ad now. “This car is so attractive that it makes other people on the road crash into their surroundings because they simply can’t look away from the beautiful machine – I have video proof!”

Check out the video below as this Rolls is at the center of attention so much to the point where it causes the accident. Maybe next time the Subaru owner will be a little bit more attentive to what’s going on around him.

How NOT to Unload a Drop Top Rolls Royce! FAIL! 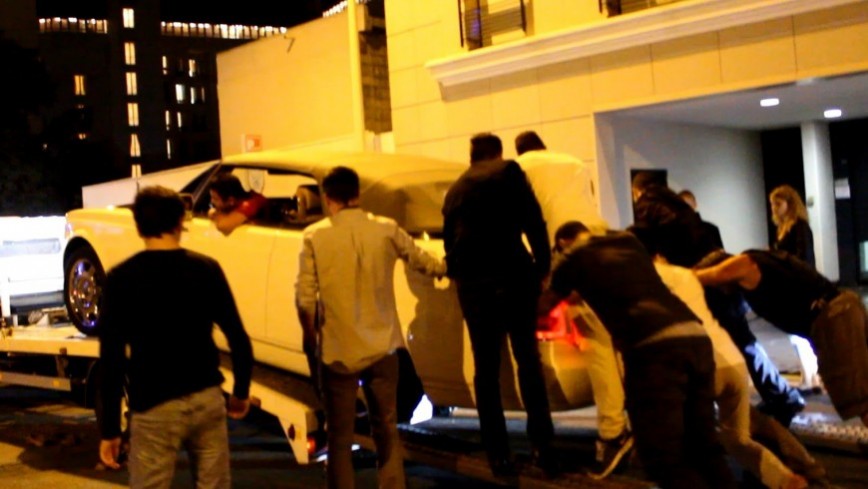