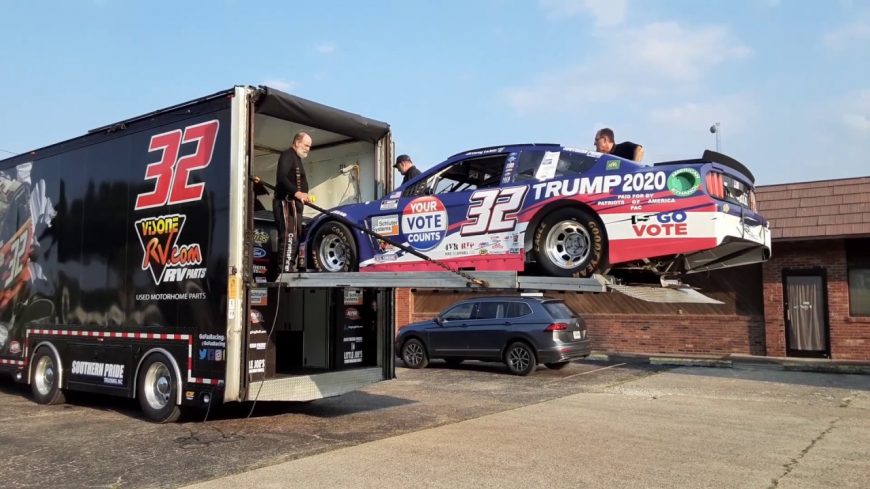 2020 is an incredibly weird year, to say the least.

At the forefront of our attention, we have the COVID-19 pandemic. However, beyond that, politics has gone in such an undeniably odd direction recently that we almost don’t even know if we’re living in reality or in some form of satirical simulation these days.

In a day and age where it can be easy to headline read, we would encourage you to check into this whole story because it has multiple twists and turns. At the end of the day, though, we came out of this whole ordeal a little bit more confused than when we went into it. Maybe some of our readers can put on their detective hats and get to the bottom of it all.

The whole back-and-forth started several days ago. All of the controversies spawned from a single image that started to circulate around the internet. Featured in the image was a PowerPoint slide that was originally said to be a diversity training exercise by Goodyear tires. On the slide, well, we will let you check it out for yourself below.

It’s not hard to see how this might stir up a couple of angry responses. In response to this image, President Trump even hopped on Twitter and had a couple of words to say. With these words, he would blast the company. Find his Tweet below.

Don’t buy GOODYEAR TIRES – They announced a BAN ON MAGA HATS. Get better tires for far less! (This is what the Radical Left Democrats do. Two can play the same game, and we have to start playing it now!).

With the President’s call to boycott the company, some eyes even turned toward Corey Lajoie and his number 32 NASCAR Sprint Cup car donning the “Trump 2020” branding across the hood. Would Lajoie and company decide to bail on the yellow lettered Goodyear tires commonly found on NASCAR stock cars?

Because of the exclusive deal that NASCAR has with Goodyear, Lajoie had no other option but to run the tire. We can’t even say for sure if the incident was enough to cause anyone on the team to want to look into a change. When Goodyear came out with their response, perhaps the decision got even easier.

Patriots of America is the company sponsoring Go Fas Racing’s No. 32 car and is responsible for the livery. Patriots of America plans to continue their sponsorship of the Mustang dons the red, white, and blue scheme with the “Trump 2020” slogo across the hood.

For those who would like to read the entire statement, it could be seen below. However, to make a long story short, the tire company basically came out and said that this wasn’t their policy. We’re reading between the lines here but if we had to guess, if this was actually a Goodyear employee that posted this, Goodyear would probably say that they acted outside of protocol.

Instead, Goodyear claimed that they try to eliminate all forms of discrimination in the workplace. The brand prefers that people keep political views out of the workplace but it does allow campaigning for “Racial justice and equity issues.” This means that something like “Blue lives matter” or “All lives matter” would be allowed… probably.

Yesterday, Goodyear became the focus of a conversation that created some misconceptions about our policies and our company. Goodyear has always wholeheartedly supported both equality and law enforcement and will continue to do so. pic.twitter.com/oO6jUg2rTR

The one thing that we were looking for in the statement that we couldn’t find was who perpetuated this slide and how that has been dealt with.