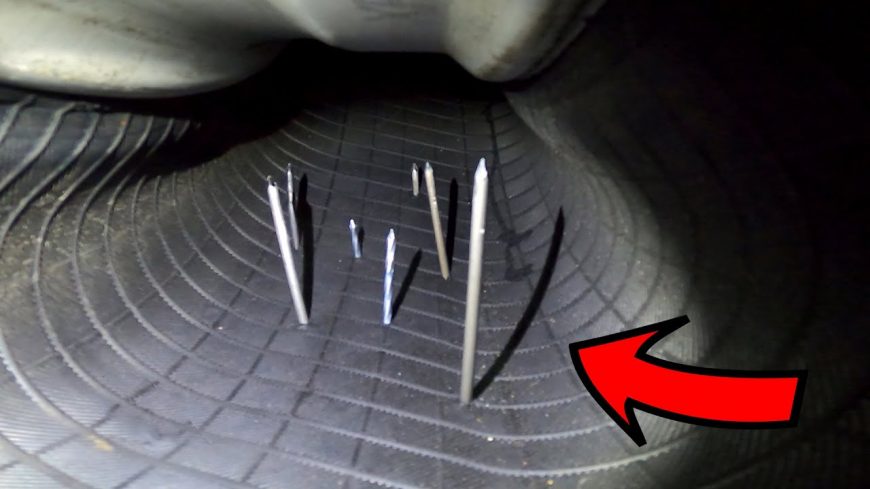 A couple of months ago, a viral sensation would be born as the Warped Perception YouTube channel presented us a look from the inside of a car tire. As this is a view that had never really been before seen, the world tuned in to the clip that showed us what our tires look like when our cars are in motion. This would include regular driving and even a burnout.

Following this idea, it seems as if other channels have taken the opportunity to present their own version of the video, this one with a little bit of a twist. This time, we get the unique view yet again as a GoPro camera takes us inside of a car tire. This time, though, the tire is being put through just a little bit more abuse than we saw with the last demonstration

This time, instead of just driving around with the tire, it’s going through a little bit of destruction. As the GoPro is mounted inside the tire, yet again, we see the familiar view from inside that’s sealed up as rubber is mounted to the rim. However, when exposed to nails, an unwelcome visitor is brought into the equation here. For those curious as to what exactly it looks like when a tire ends up being exposed to such a tough situation, this video gives us the view that we never knew we actually wanted until we laid eyes on it.

By following along with the video below, we get taken inside, quite literally, how exactly something like this looks. After checking this one out, you might just be a little bit more on edge about what’s laying around out there on the roadways. In addition, perhaps this might be a little bit of inspiration to make sure that you don’t leave any hardware laying around in the driveway because it could end up costing big-time!

« BMW May Soon Offer Electric Jetpacks For Your Commute to Work