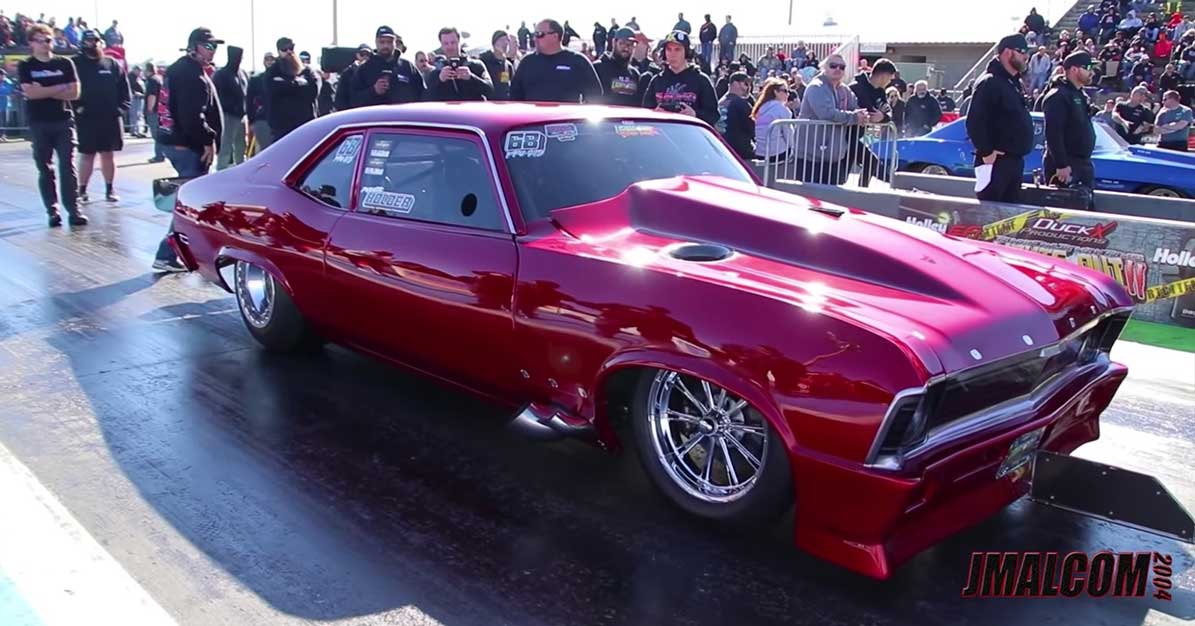 Any time that a crash unfolds on the drag strip, it can be pretty devastating.

It doesn’t matter if it’s a high-dollar racing machine or just a guy working out of his garage with a budget build. It always sucks to see somebody’s pride and joy go down. However, with a gorgeous Chevrolet Nova like that which Roger Holder could be found racing in, we feel just a little bit of extra churn in our stomachs when it meets a cruel fate. This thing was so clean that you could eat off of it.

Unfortunately, though, fate doesn’t necessarily care just how awesome your car is or how experienced a driver you are. There are a wide variety of situations that can unfold during the course of a race that can send a car off of its course and end up doing big-time damage. Perhaps, it’s caused by driver error at times, and other times, maybe it’s a simple mechanical failure that could send things awry.

When Holder lined up at Sweet 16 this past weekend, we would watch as he attempted to make a pass in the Nova and things got downright ugly for the racer.

Luckily, as far as we can tell, Holder was able to walk away from the incident without being banged up too badly. The car, on the other hand, didn’t suffer such a friendly fate.

Not too long after the car lurches off of the starting line, the front end begins to lift up. Typically, this wouldn’t be too big of a deal but when the rest of the car follows it, things definitely begin to snowball in the wrong direction. Before we know it, the Nova is entirely detached from the ground and Holder can do nothing but wait to see what happens. Being at the liberty of momentum isn’t a good feeling when you’re in a spot like this.

Down in the video below, the situation was captured on camera and is brought to us by Straight Line Media. It’s absolutely crushing to watch the Nova skid down the wall and have parts flying around like that. Hopefully, it’ll be back on the track before we know it.

« With a Couple of Upgrades, Hennessey’s 900 HP TRX Walks Away From a Stock One