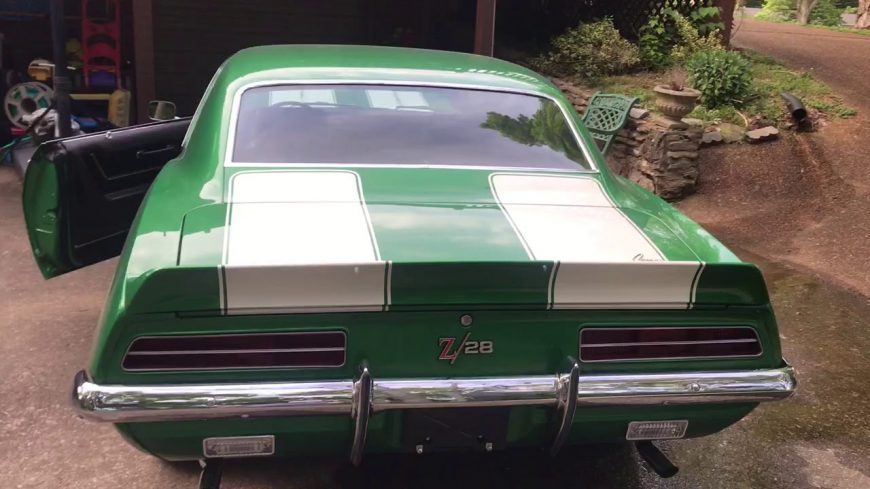 The passing of time can really be a simultaneously beautiful and frustrating thing. With a situation like this, we get about the perfect example of how to explain exactly that might mean. In addition, we get quite the story to back it all up and all of the features of this plotline seem like one almost out of a Hollywood movie and in front of us, sits the Chevrolet Camaro that lived through it all. At the end of the day, whoever ends up with this car in their hands is going to be one lucky individual.

It all starts out back when the car was fairly new in the year of 1971. In a very Hollywood sounding story line, the iconic American muscle machine was said to have been used to haul drugs from Florida to California. Perhaps whoever was behind this whole operation might’ve been better off using a more inconspicuous vehicle because eventually, the bright green 1969 Camaro Z28 RS would be busted after being involved in a high-speed chase that was believed to end with the car running out of gas.

From the time in 1971 when the car was apprehended, it sat in a police storage unit, completely untouched and not seeing the light of day until 13 years later in 1984 when the car would be auctioned off and find its way to a new home. If you keep fast-forwarding through the hands that the car has been through, the story says that it pretty much has remained untouched and has sat in its current condition all the way up until present day where we see it now.

Flashing back to the concept of time being simultaneously beautiful and frustrating, we get to see exactly how that all works here. Not just anybody can go to the dealership and buy a brand-new 1969 Camaro of any trim level because of how old the cars have gotten, however, whoever owns this car can have something that’s incredibly close. It would be nice to be able to just go out and purchase this car if it were readily available, however, on the other hand, because time has passed and so many examples of these things have fallen out of existence, it makes the car all that much more special to appreciate.