Grandkids Surprise Grandpa With His Dream Car a 55 Chevy!

Grandkids Surprise Grandpa With His Dream Car a 55 Chevy!

If you’ve gotten sucked into he viral spiral that sometimes grabs us all when ...

If you’ve gotten sucked into he viral spiral that sometimes grabs us all when we venture onto YouTube, there is a very good chance you’ve stumbled across “Angry Grandpa” and his astonishing rant videos. Angry Grandpa, whose given name is Charlie Green, gained quite a bit of notoriety as his videos became more and more viral. His reaction to his missing Pecan Pinwheels was the first Angry Grandpa video I saw and it was certainly a shock to see his anger on full display. Many skeptics believed the videos were “fake”, in that Green was feigning his over-the-top anger to attract viewers, but Green and his family insist the reactions are 100% “normal” for Charlie, who has been diagnosed with bipolar disorder.

Over the years, Green’s channel has become calmer and more introspective, with many clips dedicated to Green recounting memories from his early life, including how he bought, then promptly lost, his dream car. Sixteen and working his first job at the local Piggly Wiggly, Charlie was able to buy a 1955 Chevrolet, an iconic piece of domestic iron that still tugs at the heartstrings of American hotrodders. However, Green’s affair with the ’55 was short-lived. His sister and her family was moving to California and Green’s mother took his car and gave it to his sister, who loaded it up and headed west. However, the Chevy broke down along the way and instead of calling home, they sold the car to the junkyard for money to continue their journey west. And just like that, Green’s dream car was gone.

Fast forward a few decades and Green’s youngest son, Michael, who was behind the camera capturing Angry Grandpa’s rants that propelled him to internet stardom, was able to buy Green his bucket list car, a ’55 identical to the one his sister sold off to the junkyard. In this video, Michael and Green are walking to the grocery store when they see the car in the parking lot and Charlie tells the story of how his dream car entered, then promptly exited, his life back in his teenage years. Back at home, father and son walk outside when the car comes rolling up the driveway, and Michael presents Angry Grandpa with the keys to his dream car, a beautifully restored copper and white ’55!

This is a lot more emotional than I would have ever expected, even knowing Green has shed much of the “Angry” and become more just a Grandpa in recent years. Watch and see if it doesn’t hit home with you too.

He Sunk His Best Friend's Car in a Pool, Surprised Him With New Benz! 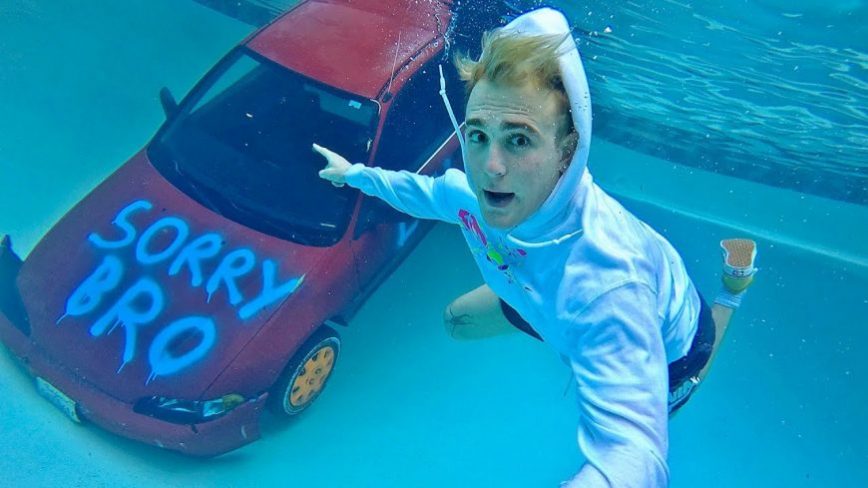