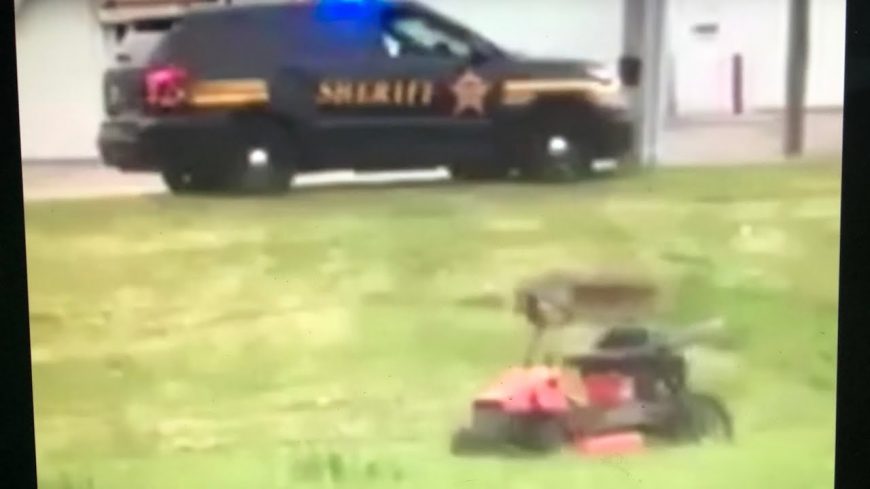 When you get to watch a well-executed prank, the effort that goes into it really can shine through. When all of the steps really begin to fall into place, the people on the scene may just walk themselves into a state of confusion as they try to figure out exactly what’s going on and, for those of us watching at home, on the proper side of the dramatic irony, things begin to get a little bit tense for us and we can’t help but laugh sometimes at the confusion that gets going with these pranks. When you think about things that way, this prank is certainly no exception to the rules for such a great prank.

For something like this, the setup isn’t even all that complicated when you have the equipment ready to roll. Sure, it’s probably hard to come up with a remote control lawnmower or build one yourself but once that’s ready to rock, you can have as much fun with this thing is you want. I mean, the prank practically builds itself here and as it continues to go on longer and longer, things just keep on getting better for the people behind the controls on this one as they lure their victim in and really get them going. We’re not necessarily saying that it’s a good thing to get the police called on you but it seems like somebody felt the need to do so with this prank!

If you follow along down in the video below, you’ll be able to see how the remote control lawnmower can be put to use in such capacity as to get the police called. I bet that when they started on this one, they probably didn’t expect things to go in this manner, but when it was all said and done, I think that this prank was certainly a mission accomplished.

« Ford Dealership Allegedly Damages Guy’s BOSS 302, Tells Him it Was His Fault