Grudge race gone wrong! One car spins, and takes out the other! 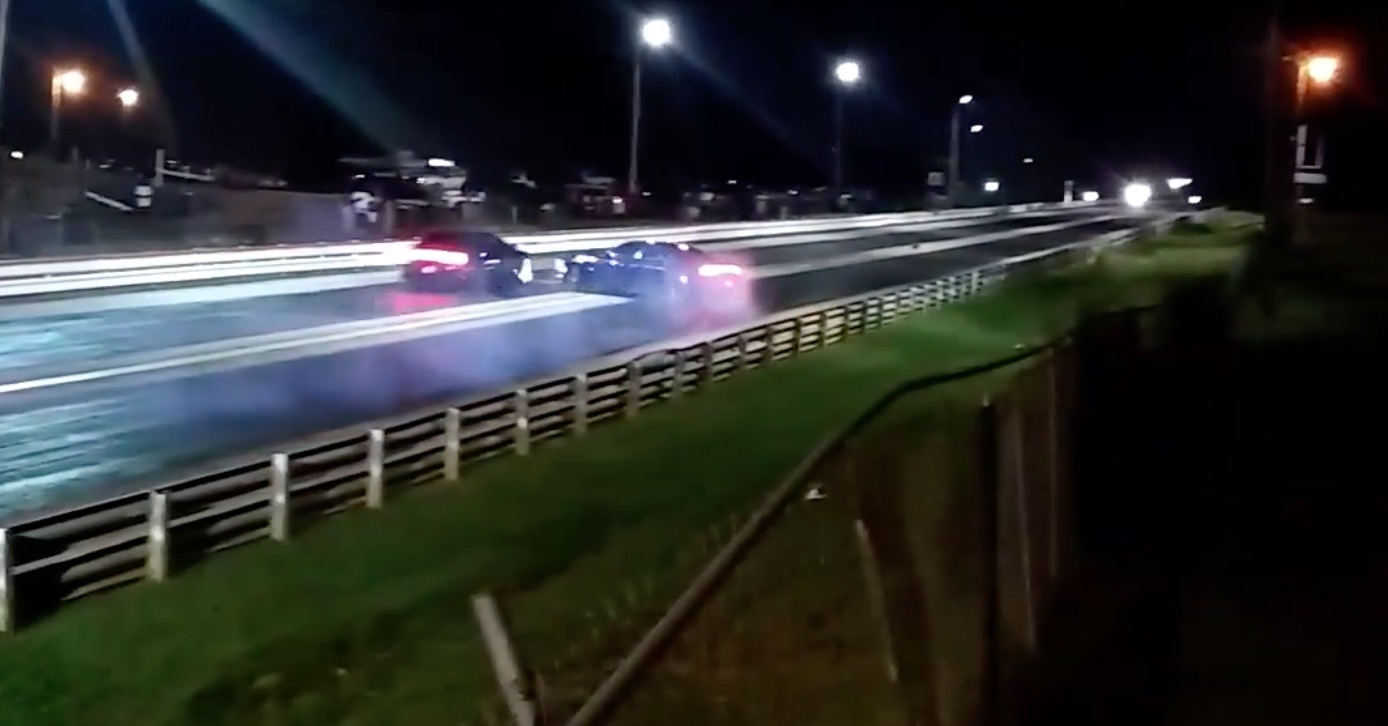 No Prep race promoter extraordinaire Shannon Morgan coined the phrase “No Hero Shit” several years ago in reference to racers that needed to learn to lift when they got out of shape, opting to preserve their cars instead of overdriving their skill level trying o win a single round of racing. The phrase has stuck around for quite some time now because there are so many instances where it SHOULD have been used but wasn’t. We’ve found a great example of that, and the implications for this incident reach well beyond the confines of the dragstrip.

During what should have been a fun grudge race between two buddies with similar cars just having some fun – and possibly racing for a little money – things take an unexpected turn for the worse. These two Dodge Chargers line up, the blue car getting “the back tire”, or a one car length head start, to try to offset the performance advantage enjoyed by the black car in the other lane.

Things go wrong from the drop of the Christmas tree for the blue car in the near lane as the car immediately loses traction and begins to spin the rear tires. The driver, whether it be out of sheer determination to win or sheer rookie-ness, keeps his foot planted and moments later, we learn why that’s a terrible idea.

As the black car begins to close the gap between the two cars, the tire spin of the blue Charger reaches the point of no return, rolling white smoke and sending the rear of the car out to the right, pushing the nose hard toward the left lane. As we know, that just happens to be where the other car is, with a perfectly executed unintentional PIT maneuver, the car in the near lane plows into the side of the black car, sending it spinning and sliding down the track.

Both cars come to rest without hitting anything else, including somehow managing to hit neither guardrail. The owners will now have to come up with the cash to fix their cars themselves, as insurance doesn’t cover damage the occurs on the drag strip, or they’ll have to come up with some way to trick the insurance into thinking the incident took place elsewhere. With most cars having onboard GPS and diagnostic systems that tattle-tale, though, that may be an ill-advised plan. Luckily it looks like nobody was hurt in the incident, and we know cars can be repaired and replaced.

« Getting Allen Iverson’s Lambo Out of Impound