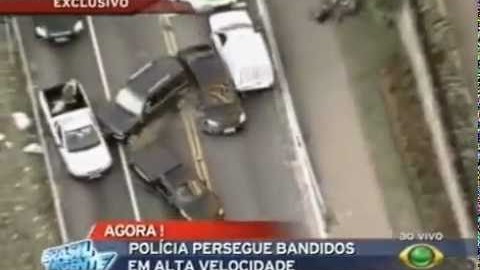 When Brazilian police were trying to pull this guy over, he didn’t look like he was having any of it! When he started to run away, the situation go ugly in a hurry!

This wasn’t a clean chase to say the least as the motorist runs over a motorcycle and crashes into multiple cars before becoming wedged in between a car and a van where he was apprehended.

Watch the video below as the unbelievable scenario unfolds right in front of our eyes as captured by a news helicopter camera. They even almost arrest the wrong guy at one point, what a mess!