Guy Holds On For Life As Camaro Does Donuts… NOT SAFE! 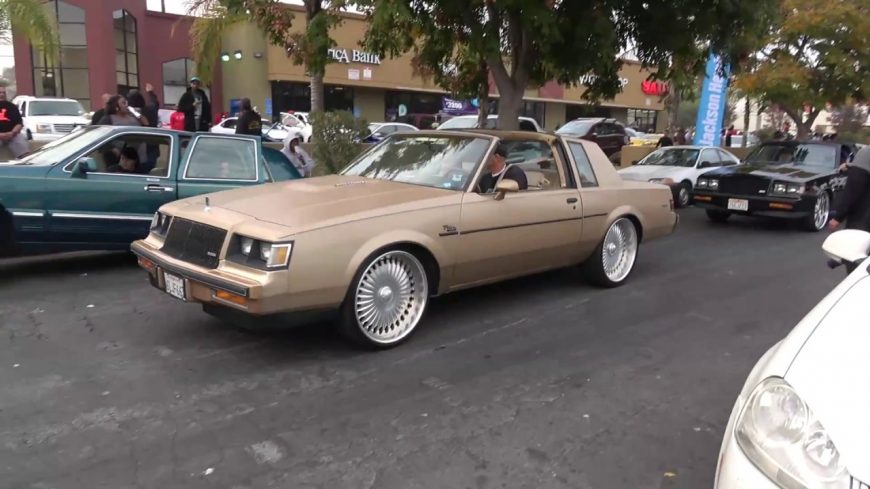 Okay, we see you guys out there, trying to start up a new trend of downright daring death to step up and haul you to the other side. It seems like just yesterday we shared a video of a truck full of guys sliding around in a parking lot the the dang doors open in the middle of a crowd of onlookers. Now, there’s a guy in a 4th Gen Camaro doing donuts in a circle with an even more insane guy riding with him.

But this passenger isn’t riding shotgun with his door kicked open, just waiting to fall out and get ran over the the car’s rear tire like the kid at the end of the truck video. Instead, this guy is basically body surfing ON TOP of the car. That’s right, not only is he not in the seat, he’s not even inside the car!

With the F-Body’s t-tops popped out to give him something to hang on to, the brazenly bold passenger is laying on the huge glass that forms the Camaro’s hatch with nothing but the t-top cross car to hold on to. I have to assume most Speed Society fans have done donuts at some point in time, or at least ridden with someone sliding around in circles. There are some pretty gnarly forces at play when a car is sliding sideways around a big circle like this, especially as the angle changes and the driver changes throttle input to compensate. It wouldn’t be a stretch at all to see the tires grab just for a second and this dude go flying off the roof and into the crowd, or under the car.

However, the driver avoids any sudden stops and the stuntman on top avoids a trip to the ER while the crowd cheers on the duo as they make several screaming laps around the impromptu burnout pit. It would be incredibly irresponsible for us to encourage any of you to try anything like this, and we’re going to go as far as to say that you definitely shouldn’t try this, ever.

But we know our people and we know how you guys think, so IF you do decide to try something like this, make sure there’s video!

« Watch as Nuclear Waste Container Testing Gets Rather Intense