I’d imagine most of you reading this have been in this situation before. You and a ...

I’d imagine most of you reading this have been in this situation before. You and a buddy are out in your car and you run up on another ride, roll out a quick little stoplight dig race, only to see those dreaded blue strobes in the rear view. The other guy dips out, leaving you the only target for the officer, so you get stuck with the ticket. Been there? I know I certainly have.

At least this cop seems to be relatively cool, having been a former street racer himself. Of course, that doesn’t stop him from issuing the driver a citation, but it could have certainly been worse, considering I had friends get tickets that cost them thousands of dollars and a few months without their license after getting stopped in situations like this, so for this officer to drop this to what sounds like the lowest possible offense is actually a pretty stand-up move.

I have to give the cop props for knowing the difference in a free-revving engine and one revving under load. There is an obvious difference in the two, but many people can’t tell you right off which is which by listening from a distance. This guy can and is quick to let the driver know he’s not going just buy whatever line of BS he throws out there. After returning with his ticket, the officer takes a moment to reminisce about his days of hitting the stoplights for a quick race in his 200 SX, a car that could certainly be modified to run pretty well.

While he claims somebody hit him can destroyed the car, the guys in the Evo that have been pulled over seem convinced that he actually crashed the car himself. Either way, he was a bit of a kindred spirit and even let the driver know, in a roundabout way, that if he wasn’t going to be back in New York, he didn’t really even have to pay the ticket. Now that’s a good cop if we’ve ever seen one. 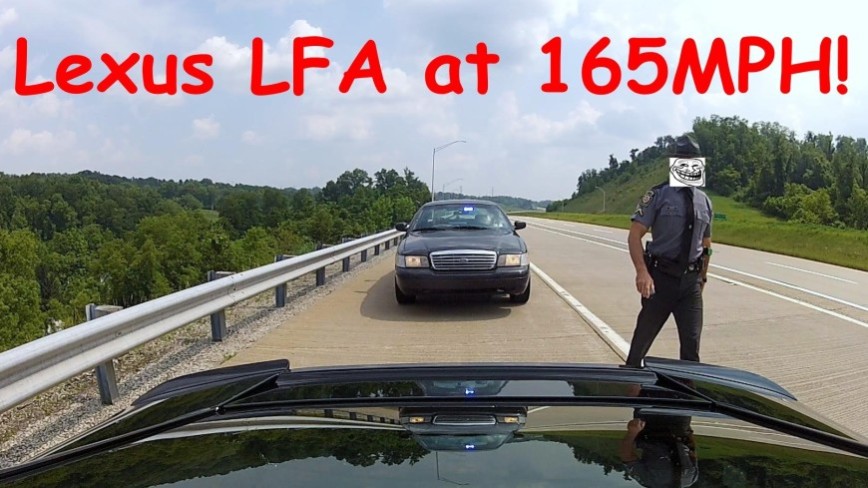