Guy Loses it Over Parking Spot At Walmart 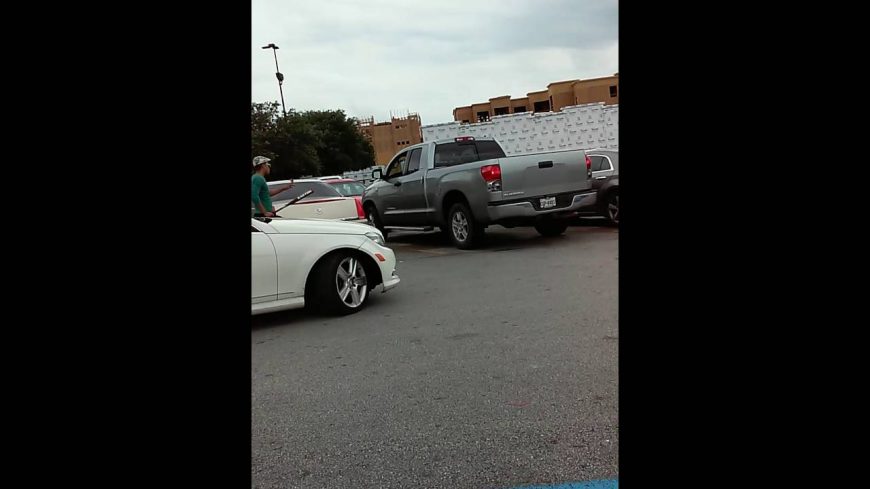 Guys and girls, if there’s one thing that I’ve learned along my 24 years here on earth, a short time span to say the least, it’s the fact that you really need to pick your battles to keep your own sanity and decide exactly what is worth fighting for and spending your energy on.

This time, we check out a video that showcases a man who apparently just doesn’t really grasp that idea. It’s either that or he really cares about how close he’s able to park at Walmart and that two minutes that he lost in the process of finding another spot somehow justifies his hassle.

In this one, we check out a classic situation where two people think that they got to a parking spot first. Now normally, when this happens to you, you’d probably just throw your hands up in the air in disgust and maybe shout something out the window before continuing along your day with a brief moment of rage. However, this guy took it to a whole new level entirely.

Not only did he hop out of his car with a baseball bat when he saw how this situation would unfold, but this guy decided to reach in the window of the truck that thought stole his spot and he take the driver’s cell phone, throwing it to the ground as hard he could and obliterating the device into hundreds of pieces. Check out the video below for yourself and tell us what you think of this man’s method of problem-solving.