Guy Rides Through Fire on Hood of a Jeep, Gets Run Over 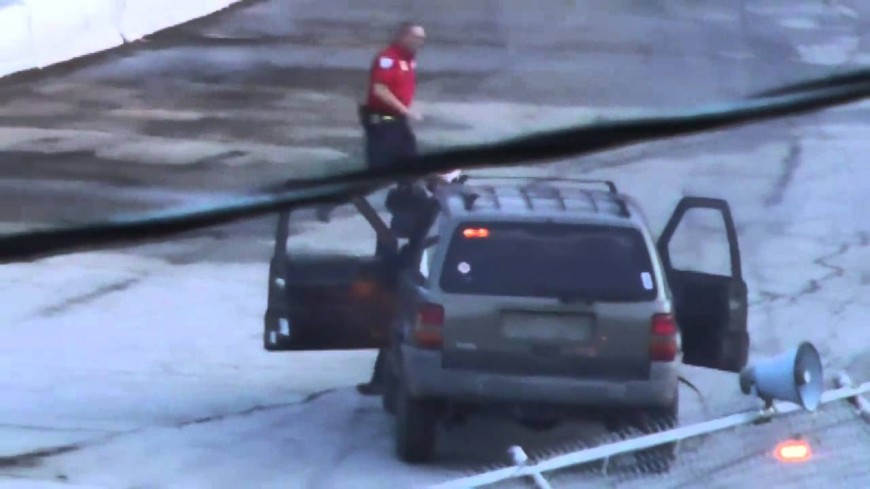 Extreme stunts featuring trained professionals are a good way to draw an audience but this time, the stunt in question goes just about as wrong as possible.

The goal was to slam through a flaming wall, something that these guys have probably practiced a million times, but it still carries its fair share of danger.

As they busted through the wall of flames, something indeed went wrong as pieces of flaming board fell on the Jeep Grand Cherokee, causing the stunt rider to roll off to avoid being burned which turned into him being run over by the 4×4.

Check out the video below that shows the stunt going terribly wrong as the 4×4 rolls right over the man, but then miraculously, he’s able to get up and walk away. It looks like he might be hurting a little, but we say that he’s lucky to have escaped death this time!