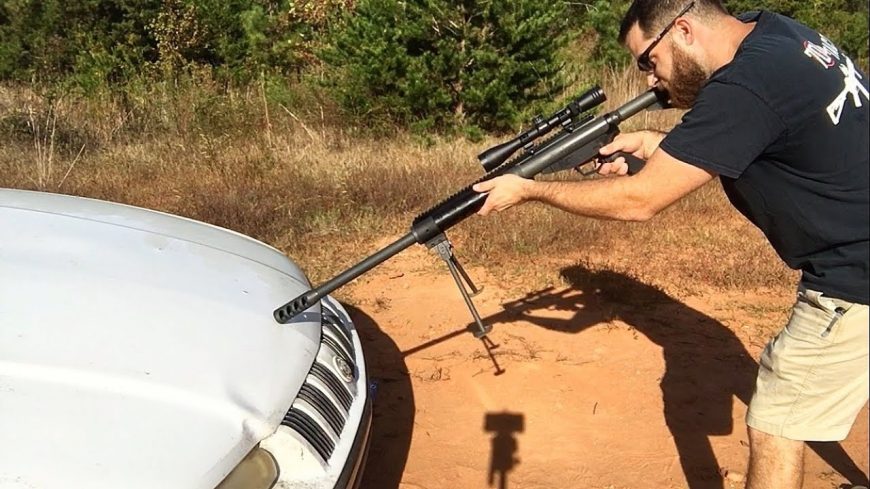 When it comes to weapons, there are all sorts of different intricate ins and outs that really make the hobby exciting. This comes in not only selecting your favorite guns and heading to the range but also firing and also at different targets, seeing just how much stopping power that weapon that you’re holding in your hands truly possesses. Some of these things really have what it takes to knock over a small village and this time, we get the chance to check out yet another test that puts one of these high caliber machines to the task to see exactly what it could do against an obscure opponent that we aren’t too sure it would ever have to face but in a simulation like this, it could be a lot of fun to check out.

In this one, we check out the demonstration as a perfectly good running car goes head to head with the 50 Cal BMG. The goal here is to fire at the car at a distance and see exactly what the bullet will do to the engine in a situation like this. Will it simply do a little bit of damage to the parts and be deflected from the heavy duty components underneath the hood? Will it do a little bit more damage? Will it all backfire in some way? There’s no way to know except to get down to the experiment to see exactly how it all works out when the car ends up becoming a victim of a good shot.

If you follow the video below, you’ll be able to see just this demonstration getting an up close and personal tour of this gun that really has some heat behind it. After seeing exactly how this weaponry goes toe to toe with the car, you might just find that it ends up doing a lot better than you might expect. Be sure to tell us what you think of the confrontation between two inanimate objects and what you would put this gun up against next if you had a choice.