The Car Show With More Arrest And Tickets In America! H20i Car Show Banned from City.

The Car Show With More Arrest And Tickets In America! H20i Car Show Banned from City.

For those who know of the “H20i” car show, it’s more than likely for all the wrong reasons. When it originally began, the idea was to have a massive car meet that would bring together lowered car enthusiasts. There’s nothing inherently wrong about that. However, it turns out that when this group gets together, the byproduct isn’t always desirable.

Instead, there are kids running around the streets wreaking havoc on the city. News seems to be all about sensationalism these days. However, we’re not kidding when we say that the videos from the event looked like a warzone.

This year, the event would come as much more than a meet. In fact, we would venture to say that it transformed into a reckless party of massive proportions. As such, there was everything from pepper spray being shot to fireworks being ignited into the air. All of this would unfold on the crowded streets of the resort. Sources say that the weekend led to over 1500 citations and 100 arrests. It even brought out the mayor for a public statement.

Mayor of @TownofOceanCity says car enthusiasts “terrorized” town this weekend. Says people felt “under siege” There were more than 100 arrests, thousands of tickets given. @OCMAYOR says #H2Oi car meet should never be allowed to happen again. I’ll have more at 4 on @ABC7News pic.twitter.com/mgvooucD0n

The video below shows the highlight reel of what once began as a somewhat tame gathering. These days, though, it has really evolved to an event that we wouldn’t recommend bringing the family to. In fact, we would probably recommend that nobody attends. Ok, maybe if you want to be on an episode of COPS it’s the show for you!

At the end of the day, Ocean City, MD seems to be trapped. There isn’t too much that the city can do to prevent these people from attending the unofficial yearly gathering. Even though it was cancelled last year and the organizers were told they weren’t welcome, people still haven’t given up on the party.

There's a Cop Behind You... Don't Do Anything Dumb 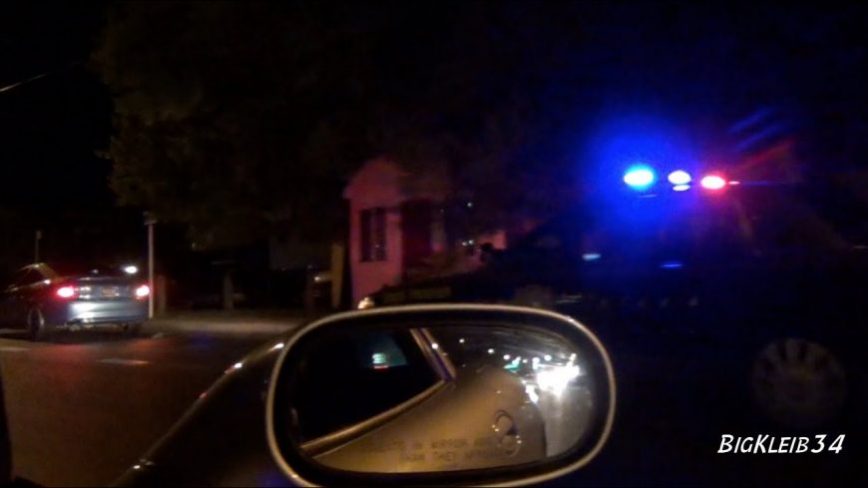