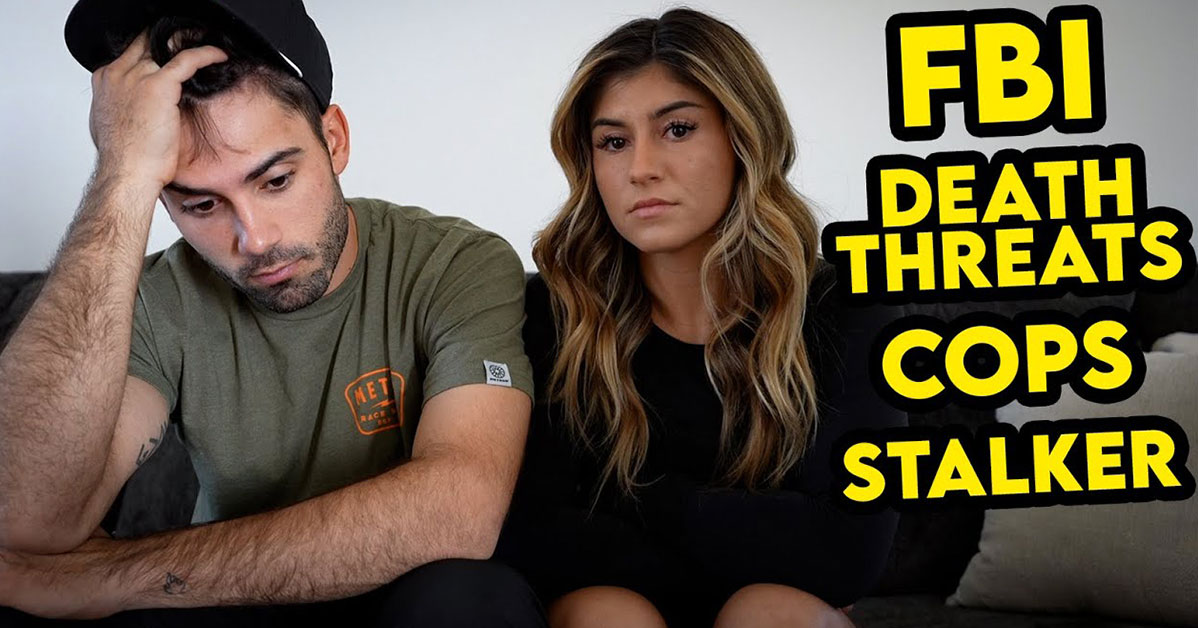 Hailie Deegan and boyfriend, Chase Cabre took to Deegan’s YouTube channel Monday to explain why they had to miss the Freedom 500 in Florida this past weekend.

As is frequently the case, underhanded individuals will stand in for celebrities, using their likeness on dating apps in order to obtain something that they want. Whether it’s an online relationship or financial gain, these evil-doers use photos of famous people to try to take advantage of anyone that will take the bait.

Typically, when someone finds out that they’re being “catfished,” they go on with their lives, forgetting that it ever happened. However, in this case, the individual being catfished turned into a stalker and has apparently been making threats at Cabre’s life.

Deegan and Cabre hopped in front of the camera to elaborate on what has been going down and why they weren’t in attendance for the Freedom 500. In their words, they have been “taking precautionary measures” because this stalker situation is pretty serious. The stalker even took it upon himself to write an 8-page love letter to the owner of Deegan’s truck racing team.

So why is it that has this guy hanging on and still threatening the life of Cabre?

Apparently, the person pretending to be Deegan has been feeding the target of the plot information about Cabre being physically abusive toward Deegan, even going so far as breaking her jaw which is obviously not the case as the public figure has never been seen with said injury. The individual even went so far as telling this stalker that Deegan and Cabre’s relationship was “fake” and “for business.”

The video below goes into detail about the situation. It even includes the audio from the 36-year-old stalker who said that his face will be the last thing that Chase ever sees.

Deegan is set to compete in Thursday night’s Camping World Truck Series race at Martinsville. A NASCAR spokesperson told NBC News “We have measures in place to increase her safety on and off the track.”