The Half Tesla, Half Honda “Teslonda” Is The Weirdest Hot Rod Ever 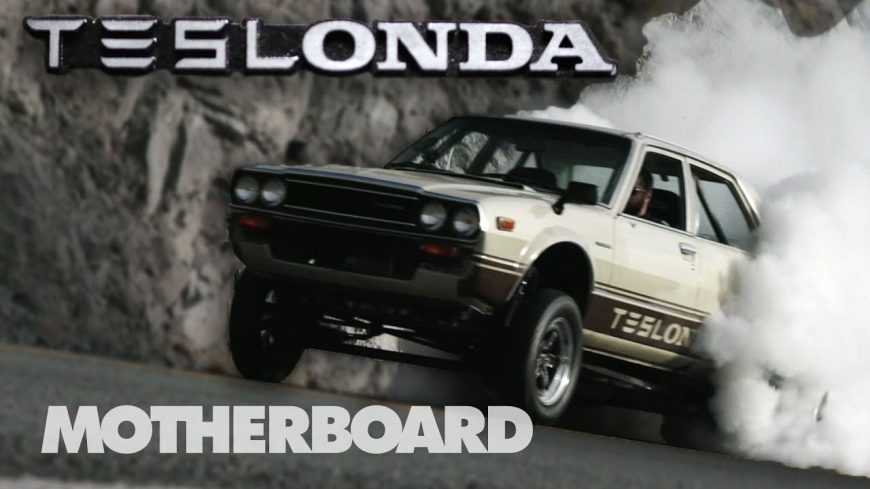 Over the years, hot rodding has definitely taken on all sorts of different faces. In this video, we get a stark reminder of what exactly it is to be a hot rodder. It doesn’t necessarily entaily that someone has a big v8.

Back in the day, all of the need for speed and adrenaline started with a simple goal. Essentially, it was folks who were looking to cram big engines in small cars. One thing leads to another and before we knew it, even manufacturers were getting in on this sort of trend. The people who were once seen as odd for wanting this combination watched as it became mainstream. It seems like things are shifting yet again.

In this day and age, the scope of what is new and uncharted territory is a little bit different. After all, we’ve got the whole combustion engine hot rod pretty down pat. The concept, with these new hot rods, remains the same. It seems like a rogue group of horsepower nuts that are chasing it down. However, the potential that it has to alter the future really reminds us of the original hot rodders. If there’s one person who is really grasping the idea that perhaps electric power will be the next big thing in hot rods, it’s Jim Belosic, the guy behind the car that we know as the “Teslonda.”

Especially, the vehicle started off as a 1981 Honda Accord. When combined with the Tesla subframe and drive unit along with Chevy Volt batteries, this thing really became a Frankenstein that was all about speed. The man behind it all claims that just about every step that he has taken was blazing a new trail. After all, how much information is available on something like this? For most of us, when we go to put together something on a car, the Internet is teeming with info. However, as this vehicle is among the first of its kind, it really takes some creativity to make work.

What is all of it worth at the end of the day? Well, the end result was actually a bit eerie as it climbs up to pretty crazy speeds all without making a single sound. When the final metrics are measured, we see a 0-60 time at 2.43-seconds and the quarter mile being knocked home in 10.85-seconds. As if that wasn’t impressive enough, the owner thinks that there’s a little more left in the tank, so to speak, as he was booted from the track for going too fast before he got to finish testing.

« Renault Just Dropped A Self Driving Living Room On Wheels