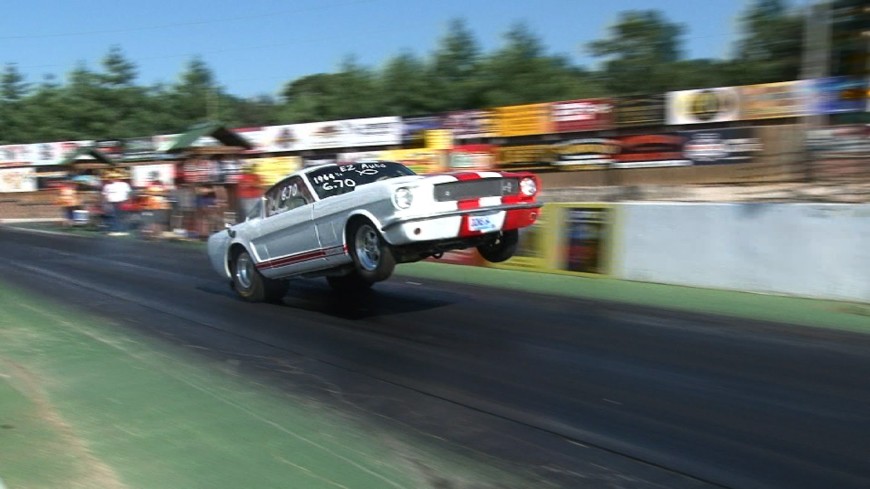 When it comes to being flashy, Don Erwin and his Ford Mustang known as “One Trick Pony” have no problems with playing the part.

We watch as Don drops the throttle and sends the front wheels of this stick shift Mustang into the air, time after time, on his way to some impressive passes.

There’s nothing like watching raw power get to the ground effectively, and Don’s Stang does just that as he rows the gears down the track.

Check out the killer old school Mustang going to work in the video below. Seeing a stick shift car clocking in 8-second passes is truly a rare sight to see!

Watch as this 3000hp Mustang wheelies down the ENTIRE TRACK!