Has the Controversy of SSC’s “World Record” Top Speed Pass Finally Come to an End? 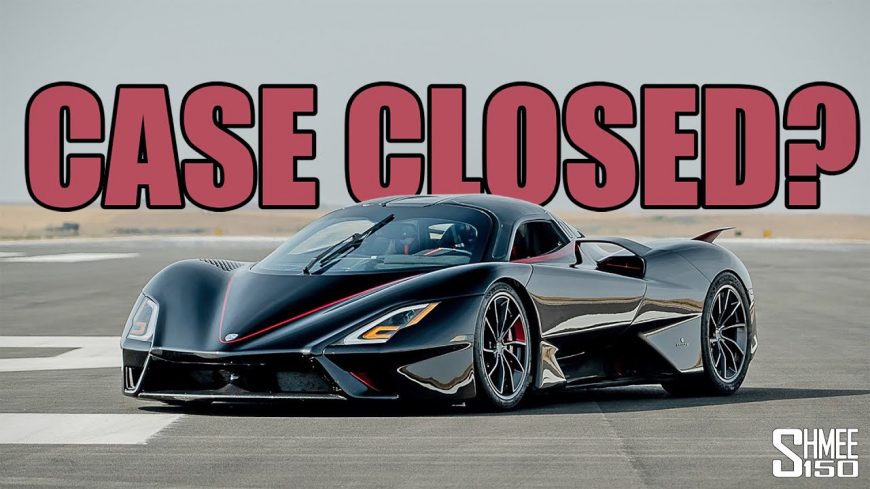 Over the past week or so, the automotive portion of social meda has absolutely erupted with controversy. For those who haven’t been paying close attention, essentially, a company by the name of SSC would take their car known as the Tuatara on a pass in order to try and break the production car speed record. With that, they would claim a 331 mph top speed. However, when the video came out, there was massive confusion, people throwing accusations, and research being released that showed that maybe the video wasn’t exactly accurate.

Leading the charge on this investigation was long-time automotive YouTuber, Shmee150. He would bring to the table several different points that may be needed a little bit of clarification as they would show inconsistencies in the video. The main point was basically that the average speed between two landmarks shown in the video insisted that the data provided was incorrect. You can see the full argument here.

Because this side of the debate made so much sense, the topic absolutely blew up over the past week. Eventually, this would lead to those from the company stepping up and speaking their piece. Ultimately, it ended with the promise for another attempt at the record run that will involve reliable independent verification. At the end of the day, Even if SSC could truly prove its case, this is probably the best way to do it. Taking a convoluted situation and straightening out all of the small details is probably going to be a lot more difficult and would raise more questions than just running again with a different system to confirm the record.

That isn’t where it stops, though, because some of the questions that were originally raised have finally been answered. Down in the video below, Shmee150 takes the time to tell us all about the viral explosion and what’s happening now that everyone has their eyes on the situation.

« How to build your own 200mph Supercar; at home in your spare time