At the end of the day, what good is a project if you don’t put it to use every ...

At the end of the day, what good is a project if you don’t put it to use every now and then?

Now, we get why some people wouldn’t want to put a Christmas tree on top of their car. Even with the correct protection, one slip up could end up doing some damage. However, Mike Finnegan doesn’t really seem like the type of guy that’s going to stress out all that much about slapping a tree on his roof and sharing some Christmas spirit with his mother.

This time, we tunr into Finnegan’s YouTube channel as he catches up to speed on one of his most recent projects. The car started out in need of one of pretty much everything, said the presenter. However, piece by piece, he would bring the 1967 Pontiac Firebird new life once again.

When the car would eventually get to the point where it was ready to roll but needed a little bit more testing, Finnegan had an idea. Given that his mother wanted to go and pick up a Christmas tree, the pro street 67 Firebird would come in handy as the ultimate utility vehicle. Not only did he get to take mom along for a ride to pick up the tree but he also got to do a little bit more testing as well.

Rolling up to the Christmas tree stand, it was quite the sight is the bright yellow Firebird really made its presence felt. We weren’t too sure that there are many cars like this pulling up into the parking lot and slapping a tree on the roof. However, it seemed as if Finnegan was really in the Christmas spirit and wanted to bring the project along as well.

In the video below, we get to not only catch up with us moment but also trace back over all of the steps in decision making that Finnegan went through in order to bring this Firebird to life again.

A Leduc Christmas With Monster Energy 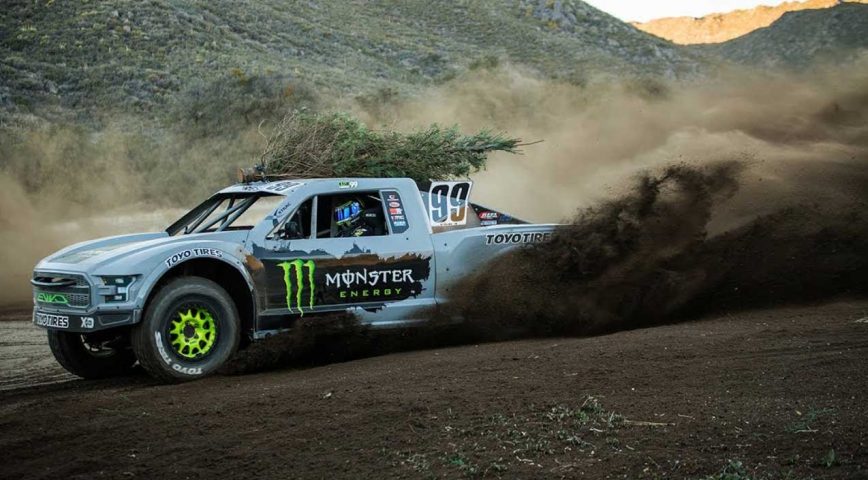