Havoline On Board as Alex Laughlin Makes Push Into Top Fuel 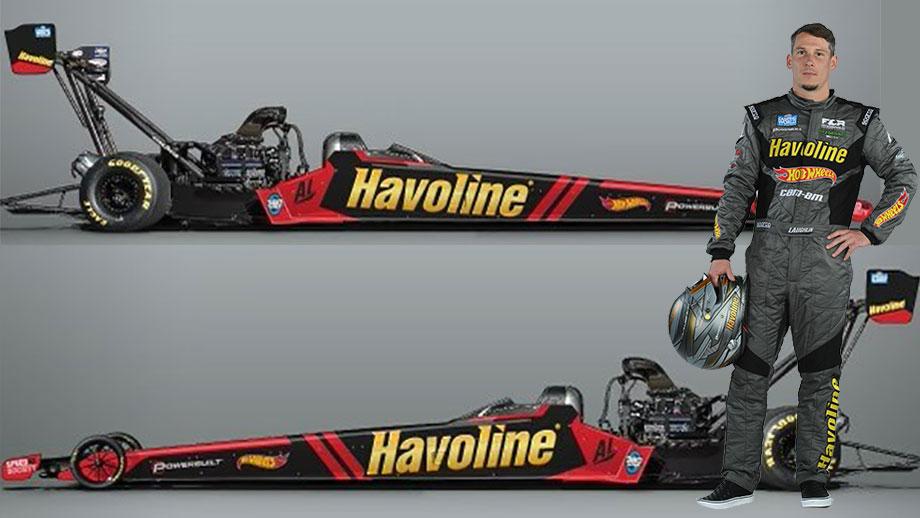 Sometimes, a little bit of adversity can separate the good from the great. For most, the adversity is probably somewhere on their path. It’s not the fact that you have to face this challenge that sets you apart but instead, how you handle it.

If you want to talk about one heck of a wild ride for Alex Laughlin, coming out of the 2020 pandemic, Laughlin was ready for a strong 2021 season. However, when Elite Motorsports parked their Pro Mod operation for the season, Laughlin would be stuck with a schedule of sponsorship commitments and no ride. For a lot of people, this would be where they would call it quits, maybe just taking a break until next year.

However, this is when Laughlin started searching around and managed to find a ride that wouldn’t only allow him to continue racing, delivering on the track to hold up his end of the bargain on sponsorship agreements. It would also put him into a car in the Top Fuel class that’s going to be faster than the Pro Stock or Pro Mod car would.

As of now, one of Laughlin’s biggest sponsors in Havoline is officially back on board. We saw Laughlin’s Havoline Top Fuel car line up for the first time in Denver for the Mile-High Nationals. Havoline and Laughlin will also be making an appearance for the NHRA flagship race at the US Nationals in Indianapolis along with the races in Charlotte, Alex’s home track in Dallas, and Las Vegas. Laughlin also will be competing August 13-15 in Topeka with Power Built Tools as his main sponsor.

While Laughlin’s last outing ended with him spinning the tires and being eliminated in the first round to the eventual runner-up, we would keep an eye out as he will surely continue to improve throughout the rest of the season. With the help of team owner and tuner Scott Palmer along with the Capco Boys who have won 3 Top Fuel championships, you never know where things might end up when the dust settles