He Bought A Hellcat Just To Destroy It

He Bought A Hellcat Just To Destroy It

Ever since WhistlinDiesel came on the scene, the channel has made its mark by ...

Ever since WhistlinDiesel came on the scene, the channel has made its mark by bouncing off of the wall, if you will. Essentially, what started out as destroying high-end vehicles eventually evolved to a Duramax powered monster truck that literally towered over most other YouTube projects. The monster truck would even eventually end up drawing the attention of law enforcement as our host drove decided to make the truck multi-purpose and drive it straight into the Gulf of Mexico.

However, admittedly, the channel has run into a little bit of a predicament, according to our host. You see, when destruction is the main goal, there might be a cap on just buying more and more expensive things to destroy. At the end of the day, one can only push things so far. At some point, people aren’t just going to be impressed by the same old thing over and over again.

Even though that might be the case, we think that WD might be up to something with his latest purchase. At the core of what appears to be his upcoming series of videos, we will find none other than a Dodge Challenger Hellcat. Now, compared to the $100,000 SEMA truck destroyed on the channel, this Mopar isn’t exactly something that can stack up in the price category. However, we get the feeling that this fan favorite is going to cause even more tears than any of the other destroyed vehicles that have been showcased on the channel.

By following along with the video below, we get to tune in with the latest purchase and some of the plans that are going to push this channel into the future. Right off of the bat, it looks like WD got everything started off with a bang. The purchase of the car comes with the likes of a couple of off-road burnouts and trying to punch the windows out with his bare hands!

Even though destroying vehicles might seem like something that could get a little bit redundant, this channel seems to figure out a way to keep it fresh. It’s going to be quite entertaining to watch and see what happens to this particular Hellcat even though it might pull at the heartstrings of some Mopar enthusiasts.

Haters Drove Him To Light His Square body On Fire 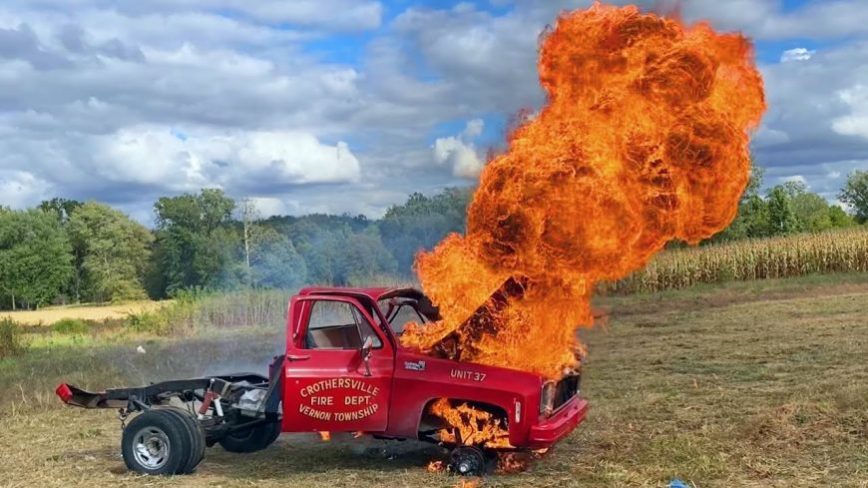