He BOUGHT His Friend His Dream Car… AND IT BROKE! 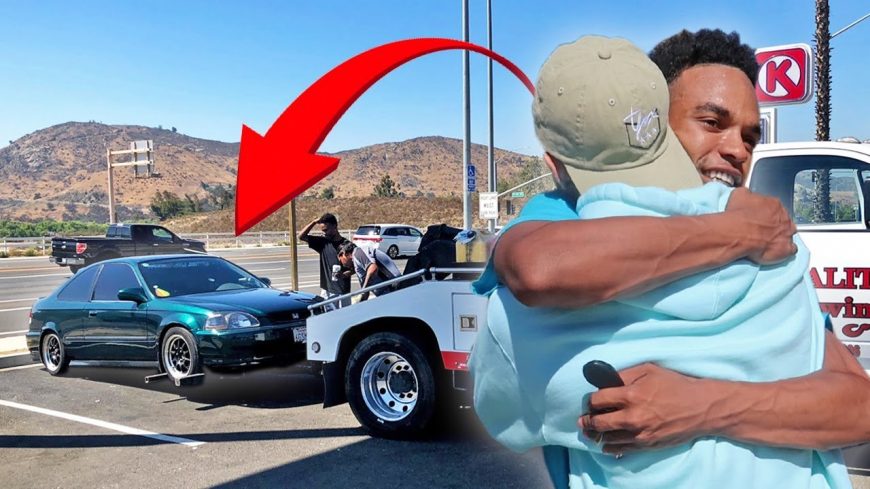 YouTuber Tanner Fox has built himself a massive following – including my daughter, who loves his channel – by pretty much just living his life on camera. With an insane 7.5 million subscribers, Tanner has become a literal pop culture phenomenon who, thankfully, doesn’t make himself famous by being a total idiot like some YouTube sensations.

From what I’ve seen, Tanner presents a reasonably clean image and does a lot of good deeds for his friends and the community that has helped him reach the level of fame he’s reached. While he’s hardly perfect, the fact that I allow my daughter to watch his videos should say plenty about what kind of kid Tanner is.

In this video, Tanner has decided that his best friend and roommate, Tay, deserves his own car. Having never had a car of his own, Tay has always had to rely on the kindness of others and public transportation to get from place to place, something that’s worked for him, but is obviously not ideal.

While he had recently vowed to save up the money to buy himself his dream car, a Honda Civic, Tanner decided to expedite that process a little bit and use some of his YouTube money to hook Tay up with an insanely clean Civic. With the car secured, Tanner and his other friends strategize the best plan to get the car to the house without Tay catching on.

With the car parked out front, Tanner gives Tay the keys and sends him outside to meet his new car, and as expected, Tay flips out over his dream ride. Just as Tanner predicted, he reacted the same as most people would when presented with the keys to a Ferrari. It’s so cool to see such joy and thankfulness on the face of a friend.

Tay and Tanner take the car out for a spin, and the next day Tay takes a trip down to San Diego, only to have the car break and leave him stranded. However, as with most car guys, Tay just sees an opportunity to learn more about his ride and make some upgrades to his new car. This is the kind of thing we should all do, even if we can’t quite go this “big” with our gifts. Just doing nice things for others is such a rewarding feeling.