If there is one video genre that we just can’t seem to get enough of, ...

If there is one video genre that we just can’t seem to get enough of, it’s a big reveal when somebody has come up with a monumental surprise of purchasing somebody else something as grand as a vehicle. For someone to go out of their way that much and purchase such a major item for another person is really heartwarming to see and when the grand reveal is done, allowing the receiver of the gift to react to this big secret, it generally makes it an even happier situation as most of the time, the grand gesture is met with a grand deal of gratefulness.

Every once in a while, you get the bad apple like you’ll find in this Speed Society article from last week.

This time, we get an incredible reaction to a gift that’s on quite a grand scale as a husband-and-wife duo takes on this concept while a camera is rolling. The suspense is building as the husband in question gets ready to show off the gift of his wife’s dream vehicle, a Jeep Wrangler, in stick shift, of course, and when the big reveal is done, it seems like the new owner of this Wrangler simply can’t sit still as she absolutely goes ballistic in reaction to this awesome gift and we can’t say that we blame her here. It has to be pretty cool to be on the receiving end of something like this.

If you follow along down in the video below, we think that you might just crack a smile as you check out the moment that the Jeep is handed over to its new owner. You’ll have to excuse her French here, but we’re sure that this new Jeep owner was just incredibly excited about her new toy. If nothing else, we get the feeling that this one is about to bring a big old smile to your face! 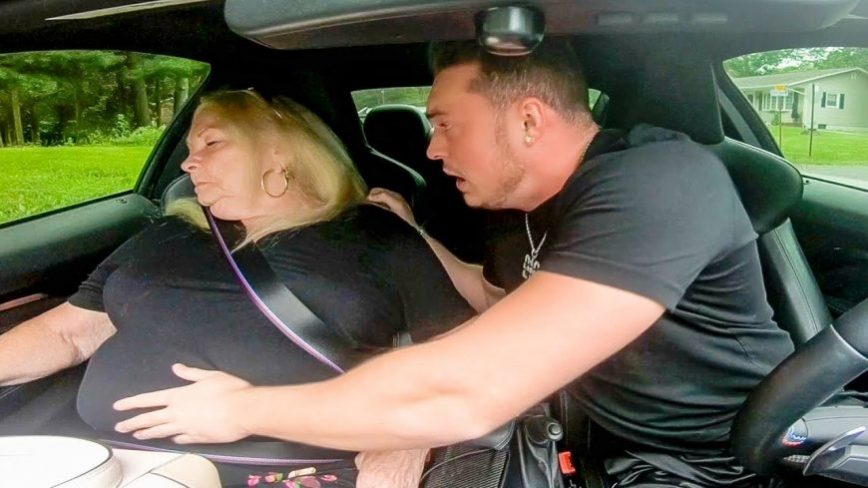