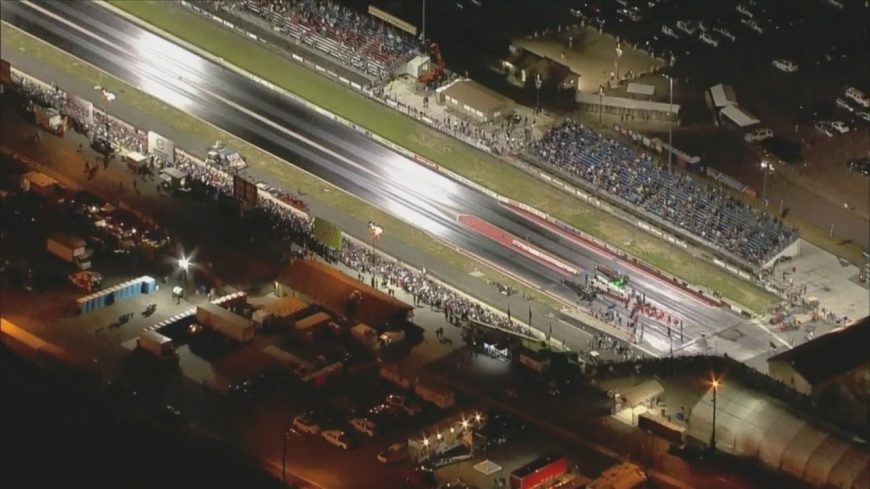 Bandimere Speedway was the center of controversy over the 4th of July holiday and is now the target of a lawsuit from government officials.

“This is not a drag race, it’s a rally for freedom.” – John Bandimere Jr. (Track President, Bandimere Speedway)

Coming into 2020, I’m not sure that anybody could’ve predicted the mess that we would ourselves in these days. As it relates to the global health pandemic, we’re pretty much in uncharted territory. What started as something that everyone was cautious about has evolved into a hot button political topic. In a world where people seem to disagree about just about everything, the handling of COVID has merged its way onto the list.

One of the most recent tales of Coronavirus controversy comes to us from Bandimere Speedway in Jefferson County, Colorado, just outside of Denver.

Denver’s CBS Affiliate tells us “Jefferson County Public Health announced Sunday its intent to pursue legal action against the management of Bandimere Speedway following Saturday’s Brakes Plus Jet Car Nationals and Fourth of July fireworks event.” They continue, “The health department claims the speedway violated an agreement between the parties to limit attendance and promote the attendees’ adherence to county and state health guidelines established for public gatherings during the coronavirus pandemic.”

Among the stated concerns are limiting and managing crowd size, implementing social distancing requirements, and adhering to state rules. It seems as if the story hasn’t really been accompanied by too many specifics, though. Instead, sources like The Colorado Sun say that the findings are “Based on what staff observed at the jet car nationals event.”

At this point in the timeline, issues are coming up over the legality of certain moves. On one hand, some folks do not believe that the government does or should have the power to shut down or limit establishments. However, the other side of the aisle argues that it’s in the best interest of the public to be able to allow the government to issue shutdowns and regulations.

Mark B. Johnson, The Executive Director of Jefferson County Public Health stated “We are proud that the large majority of our local businesses are working diligently to keep themselves and others safe. However, when one business does not, it compromises the health and economy of our entire community.”

Among guidelines that were said to be violated were a 175-person limit per group and activity area. This includes each section of bleachers. The rule was not 175 people total which several major news outlets seem to have reported.

Social distancing was a guideline that Bandimere did try to implement by making every other row of bleachers off-limits and signage that asked guests to social distance. Johnson commented that the facility didn’t seem to be able to keep up with enforcing distancing as racing went on.

Bandimere would go on to tell the same CBS Affiliate “He did not agree with JeffCo Health’s plan for legal action, but declined to comment further until a later date.”

So what does all of this mean? Is Bandimere ultimately responsible? Should the government just let people do their own research and proceed as they please? As of now, we have more questions than answers. Time will surely paint the picture more clearly, though.