When Heated, Tesla’s Cybertruck Changes Colors – Musk Hints That There May Soon be Color Options

When Heated, Tesla’s Cybertruck Changes Colors – Musk Hints That There May Soon be Color Options

As it stands, Tesla’s Cybertruck comes in one color and one color only – ...

As it stands, Tesla’s Cybertruck comes in one color and one color only – raw stainless steel. As of now, it looks like the model is following in the footsteps of the Ford Model T. In an infamous phrase coined by Henry Ford, buyers could get “any color so long as it is black.” Fast forward to 2020 and Cybertruck buyers can get any color they want so long as it is stainless.

All jokes aside, people have already been clamoring for different color selections. It is 2020 after all and we’ve all become incredibly spoiled with the push for mass customization. One of the thoughts being tossed around is that of getting the trucks wrapped. While wraps are cool and all, it would likely be an aftermarket undertaking. We highly doubt that a manufacturer would use a product that’s not designed to last for the entire life of the vehicle. While wrap technology has come a long way, its durability won’t stretch decades into the future.

Instead, another idea has been making the rounds.

Elon Musk has taken to Twitter talking about the tendency of stainless steel to be able to change colors when heated by tempering. The process would likely be time intensive so we’re not sure if it’ll ever be a reality. However, it would give the trucks an entirely different look should Tesla decide to go that way down the road.

There hasn’t been anything official. In fact, it seems like Musk has denied the possibility of different color offerings. However, we wouldn’t be shocked to see this option come into the fold with future Cybertruck offerings. If Tesla follows in the footsteps of companies like Apple, we could see the product colorized in the future.

Check out what the Cybertruck could possibly look like in the LaterClips video down below.

In many cases in the automotive industry, manufacturers will keep a couple of tricks up their sleeves to update the vehicle over the generation’s lifecycle. With all of the ideas that Musk and Company have come up with, we wouldn’t be shocked in the least to see the Cybertruck follow that model. 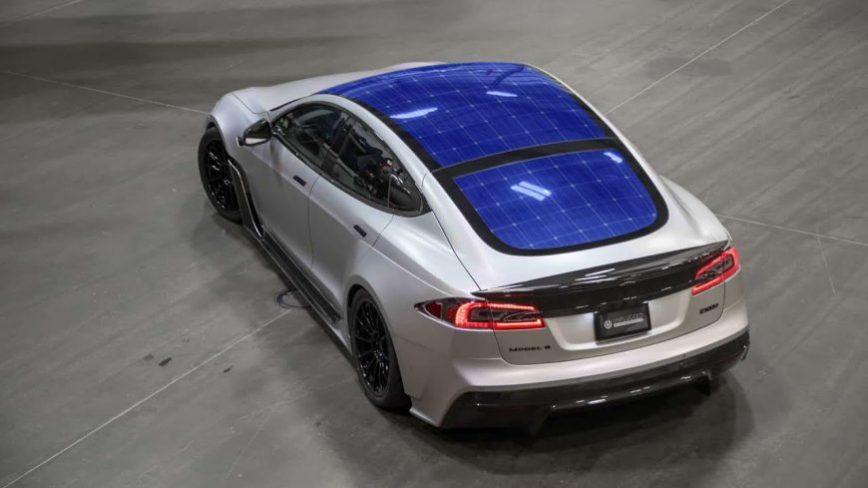