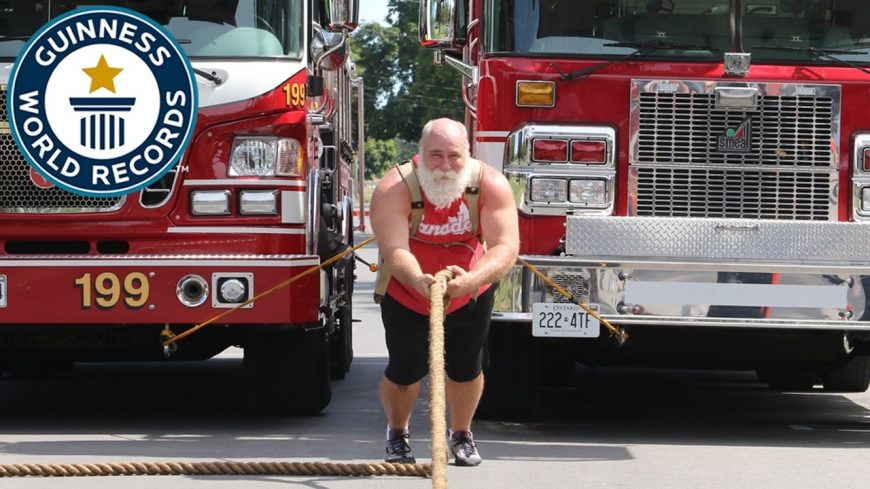 Relatively speaking, not too many people can say they’ve set a Guinness World Record. Even fewer can claim to have set one on the same day as two other family members! But for the Fast family, it was just another day at work when they did just that.

First up, Jacob and Matthew Fast, the sons of multiple-record breaking strongman Kevin Fast, teamed up to pull a trio of fire engines – at a combined wight of 190,400 pounds – 100 feet to claim the record for Heaviest Vehicle Pulled by a Pair of Males. When you consider that the average male couldn’t budge a single fire engine if his life depended on it, the fact that two young men pulled THREE of them one hundred feet and did so with relative ease is simply astonishing.

But the Fast family didn’t stop there. After the sons’ feat, dad stepped up and broke a record of his own by pulling two fire engines 100 feet himself. The total weight for dad’s haul, a whopping 150,112 pounds. Also, Kevin is fifty-three years old, so it stands to reason his feat is actually more impressive than that of his sons! One thing is for sure, if the Fast family ever has a vehicle break down, they will have no problem pushing it out of the way!

« Will this PT Cruiser be able to drive after being crushed by a Hummer?