Heavy Equipment Operator Rolls Excavator When Loading it on a Trailer

Heavy Equipment Operator Rolls Excavator When Loading it on a Trailer

If there are two things that don’t go together well, they would be ...

If there are two things that don’t go together well, they would be high-pressure situations and loading a trailer. You might be asking yourself what could be so high pressure about a situation like this. If you look closely, though, while trying to load this excavator on a trailer, the operator has an audience. The traffic on the street is backed up for a decent distance. It doesn’t appear as if it’s a situation that could be avoided, either. The whole thing is happening on the main road so good luck finding a calm place to get everything situated.

With such an audience, things can get a little bit tense. Not only are you super aware that everybody’s watching you. As an operator, an individual is probably going to want to get out of everybody’s way. Nobody likes to be the guy that ends up holding up traffic. Because of this, perhaps this operator was moving a little bit more swiftly than he was used to.

From the looks of things, the operator has probably done this a couple of times. However, his haste simply seems to get the best of him here. After expertly maneuvering the piece of heavy equipment on the trailer, things start to go awry rather quickly. As the man behind the controls attempts to position the piece of machinery to be moved, it ends up sliding a little bit too far toward one side.

Down in the video below, we watch the situation that makes us feel better about our bad day, for sure. One moment, everything here seems to be going according to plan. The next, things simply went off the rails. as the excavator moved on the trailer, it ended up tumbling off of the other side in a snap. That certainly looks like one expensive mistake. 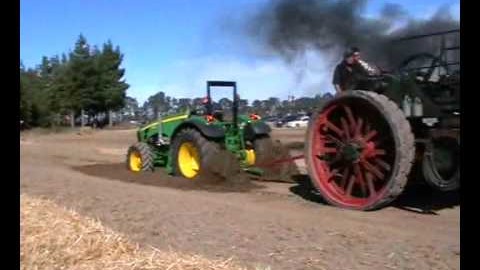