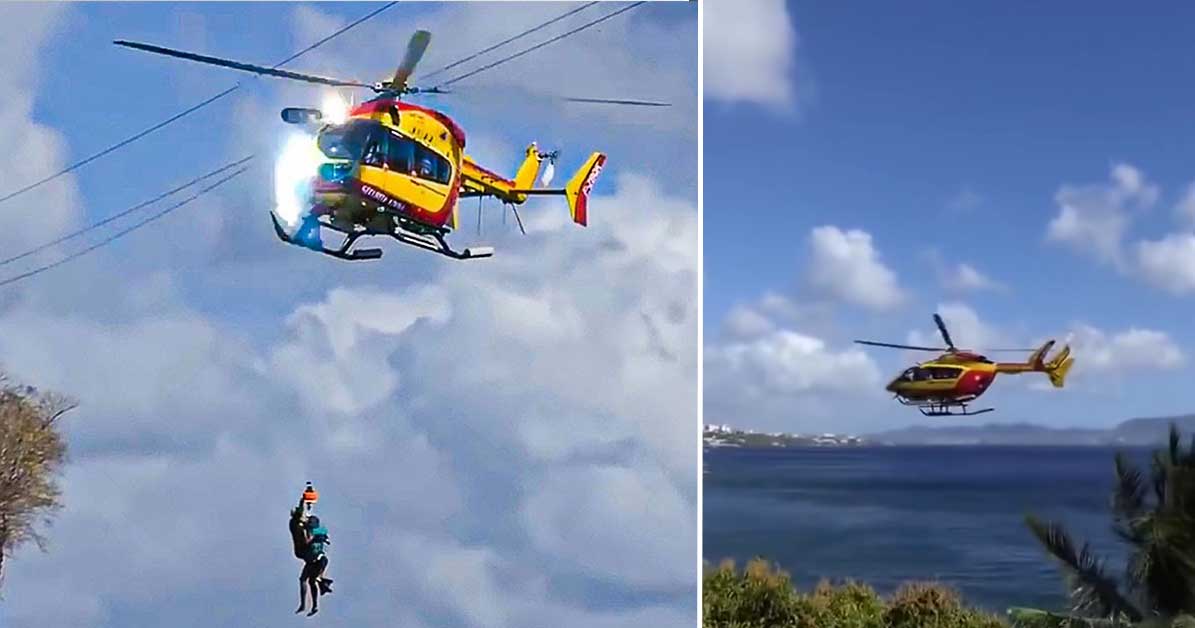 When an accident happens on the ground, it can be a pretty scary thing to be a part of. Now, just imagine that that same fear is struck into your heart except it’s happening at hundreds of feet, or more, above the ground. This is exactly what happens when a malfunction is going on with a helicopter or airplane.

This time, we tune in with an accident that happens during the course of a training exercise. The crazy part about this one is that, while the accident goes down, there are people hanging from the bottom of the helicopter in question. I guess that at the end of the day, this is why training is a thing and these folks will be nice and prepared for when they go out in the field or maybe they won’t ever be allowed to go out in the field.

Anyways, as people were dangling from the bottom of his helicopter, the pilot in control would end up maneuvering straight into a set of powerlines. For all intents and purposes, this seems like something that would be pretty difficult to recover from. We would think that, the helicopter would end up malfunctioning because of the electric shock or because it ended up tangled in the wires – it seems like something really bad would happen here.

However, none of the above occurred, thankfully. Instead, the people hanging from the bottom of the helicopter were close enough to the ground that they could detach themselves and land safely. The helicopter itself just seemed to bounce off of the wires and keep on going.