Helicopter Pilot Lands on the Freeway to Ask Trucker For Directions!

Helicopter Pilot Lands on the Freeway to Ask Trucker For Directions!

Whenever a nutty video that doesn’t traditionally make much sense comes to our ...

Whenever a nutty video that doesn’t traditionally make much sense comes to our attention, we’re not surprised to find out that the action is coming from Russia. That’s not necessarily a bad thing, but for some reason, if the internet is any indication, I feel like those folks live quite the unconventional life.

This time, we check out a situation that you’d never believe unless you saw it for yourself. In this video, as it translates from Russian to English, is titled “The helicopter got lost because of the storm” and if you’re buying what this guy is uploading, then it looks like this chopper operator had to touch down and ask a truck driver where he was due to being lost in a storm.

It’s not every day that you see someone flying through the sky, when all of a sudden, they touch down to ask the locals where the heck they’re at. Correct me if I’m wrong, but I thought that was the purpose of a GPS system! I suppose that there might be a couple of details that we’re neglecting to recognize here.

Check out the video below that gives you a unique look at a once-in-a-lifetime situation. I would imagine that the folks who were on the highway to witness something like this probably are going to tell this particular story over and over again until everyone is sick of hearing it!

How to Start a 45-year-old Russian helicopter! More Than a Push of a Button 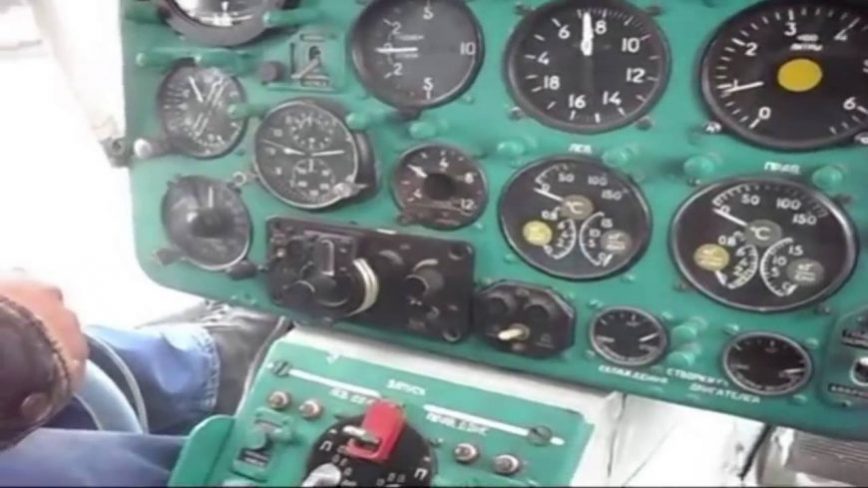