Hellcat Burns To The GROUND! 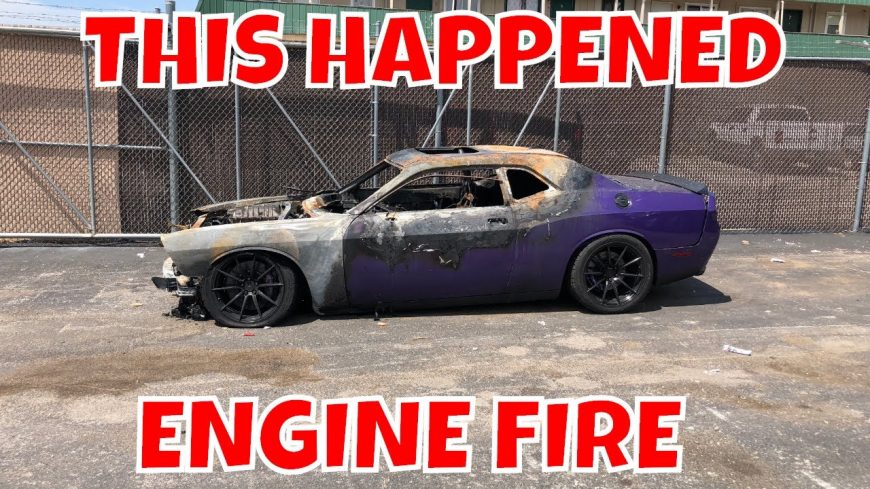 A while back, we shared FamilyCruisin’s video showing Paul picking up Uber riders in his awesome purple Hellcat Challenger. As you would imagine, showing up in such a cool ride to pick up riders who are accustomed to minivans and Toyota Echo’s made for some great reactions, but all of that fun has come to a screeching halt.

After getting the engine swapped, Paul took the car out for a test drive to see how the new powerplant performed. He’d noticed upon picking the car up that it didn’t seem to be running right and after seeking help regarding the situation, determined that the sensors and ECU just needed to “learn” the new engine. If you know anything about modern cars, especially higher-performance sports cars, this is a pretty common thing. The computers constantly read and adjust the engine parameters based on input from a myriad of sensors, and over time they “learn” what the engine itself needs to run at it’s peak.

Dropping in a new engine, that could have variances in that differ from the factory engine means some of these parameters could change, leaving the computer needing to re-learn what the new engine needs. So Paul took the car out and made what we’re going to assume were “spirited” pulls, although he doesn’t say so himself, before stopping to investigate when he smelled raw fuel.

Upon popping the hood, Paul was greeted by a wall of flames and within seconds, his car was engulfed in flames. With no fire extinguisher in the car – not that it would be a guaranteed remedy for a huge fire like this anyway – Paul had no option but to watch the car burn from a safe distance while waiting on fire crew to arrive and douse the flames.

As you can clearly see, the car is destroyed, far beyond hope of any reasonable repair. We wish Paul and his family the best of luck as they decide what direction to go from here.