Over time, as more engines and platforms become accessible monetarily, I think they ...

Over time, as more engines and platforms become accessible monetarily, I think they we’re going to see some pretty cool swaps happening. There’s just something about a unique engine swap that really gets our gears going. The opportunity gives us a unique chance to take a look into somebody’s creativity. Not only do we get the chance to see new ideas come to life but witnessing the execution of said ideas can really be entertaining as well.

This time, we check in with the concept that is really out in left field somewhere. It takes a couple of combinations that have been relatively popular in the performance community and merges them together.

On one hand, we have the Hellcat powertrain. With 700 hp worth of factory reliable horsepower, we got a feeling that we’re going to see this engine in a lot of things as time goes on. These days, it’s still relatively expensive but as new technology emerges, we can expect this combination to get more and more accessible.

With this particular swap, though, it appears as if this creator was able to be one of the early ones. The chassis in question that the powertrain is going to be in is none other than a Buick Grand National. It’s something that we can’t help but love to see as the Grand National is a well-respected car in its own right. In fact, sometimes, fans can get a little bit touchy when the original turbocharged 3.8 L is taken out of the car in favor of an eight-cylinder.

By following along with the video below, we get the pleasure of hearing this beast scream. It’s a little bit offsetting to watch a car like the Grand National without the tone of the turbocharged V6 behind it. However, once we get used to it, this machine is quite an awesome combo. 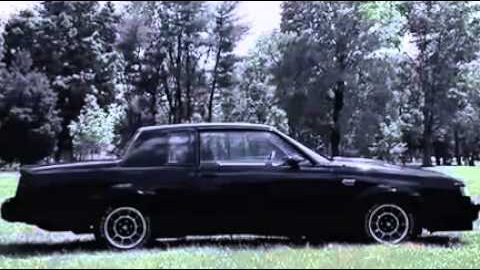