By most accounts, the release of the 2021 Ford Bronco was a pretty big success. Fans ...

By most accounts, the release of the 2021 Ford Bronco was a pretty big success. Fans would get pretty much exactly what they wanted in an updated version of the vintage Bronco that we all know and love.

Some had feared that Ford may take the opportunity to milk the nameplate without offering much, trying to get every last dollar out of the Bronco name, even if it meant attaching it to some boring crossover. While this seems to be par for the course in the industry, Ford wouldn’t do anything of the like. Instead, with a phenomenon that is pretty odd in the age of social media, the revitalized Bronco would be met by widespread acceptance.

It Has Just One Fatal Flaw

Another trend that’s pushing its way into 2020 is that of getting rid of big displacement engines. While they have been met with a fair share of criticism, Ford has pushed forth with their effort to introduce smaller engines, sometimes including forced induction into their lineup, when it comes to performance applications.

The two examples that lead the way are the Ford GT which no longer comes with a V8 option and the Ford Raptor which has also ditched the V8, although it is rumored to be making a return soon.

Ford continued this trend with the Bronco as the platform offers one of two engine combinations, the more potent of which is a twin-turbo 2.7L V6 that’s capable of 310 hp and 500 lb-ft of torque. We’re not sure if they have a wild performance setup in mind for the futher. After all, it would be logical to think that if there was a high-performance Bronco that it wouldn’t be due out until at least the second year of the model run. However, patience is something that the market just doesn’t have these days.

We have been promised the likes of a hybrid Bronco down the road. However, it doesn’t really seem as if Ford has officially acknowledged a performance variation even though we would be left to assume that SVT would get their hands on the model sooner or later.

However, Hennessey Performance has already stepped in, doing what they do best. The company that has been known for taking late model performance machines and sprucing them up a bit will get their hands on the Bronco as well.

With the Hennessey Velociraptor, the company says “The VelociRaptor V8 Bronco. It will be powered by a supercharged 5.0 liter Ford V8 engine producing 750 hp and mated to a Ford 10-speed automatic transmission. HPE estimates that the increased power and performance will lower the vehicle’s 0-60 mph time to just 4.5 seconds. Other upgrades include a custom hood with scoop, larger wheels and tires, upgraded suspension system, custom Hennessey leather interior, VelociRaptor V8 racing livery graphics, upgraded stainless steel exhaust, and more.”

The offering will also come with styling upgrades like a custom grille, hood, and wheels. There is also the promise of an “Upgraded off-road suspension system.” 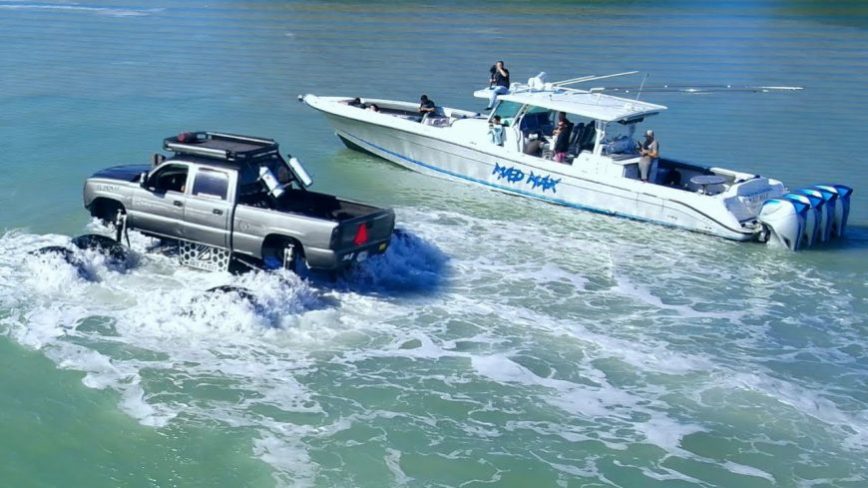