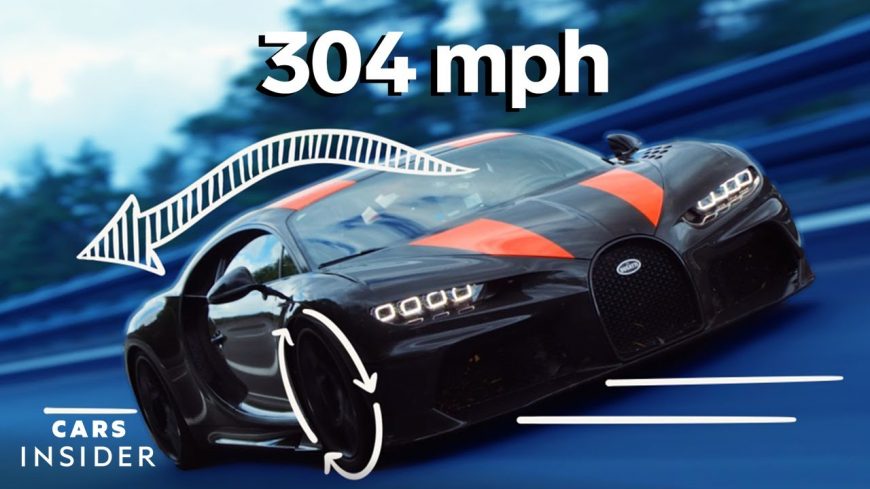 There are a lot of metrics by which one can measure the performance of a car. The deeper that we get into cars, the more ways that we can accurately describe how fast they are. However, there is one metric that every car can be judged by, no matter if you are the most accomplished engineers in the world or someone who only knows how to drive a car and nothing more. That metric is top speed.

Just how useful an absurd top speed really is can remain up for debate. However, that hasn’t stopped manufacturers from trying to break land speed records. At the end of the day, being able to break such records is a good way to punch your ticket to mass appeal and lots of sales.

When the Bugatti Chiron became the first production car to ever reach 300 mph, the world was definitely watching. However, we highly doubt that very many, if any owners of this car will ever be able to reach out and touch that milestone themselves.

Those who have been paying close attention to the race might’ve even noticed that the quest for speed isn’t exactly unfolding all that quickly. It might seem as if more power and a more aerodynamic package could deliver a faster top speed. However, it took some 14 years to be able to span the gap between 250 mph and 300 mph.

Down in the video below, we get the rundown on what exactly it is that it’s so difficult if not close to nearly impossible for cars to really push all that far past the 300 mph barrier. In the future, perhaps things will change to the point where maybe we will be laughing at the sentiment. However, as of now, engineers are certainly facing quite an uphill battle that will be interesting to watch unfold.

« 31 of the Craziest Options to Ever be Offered in Cars